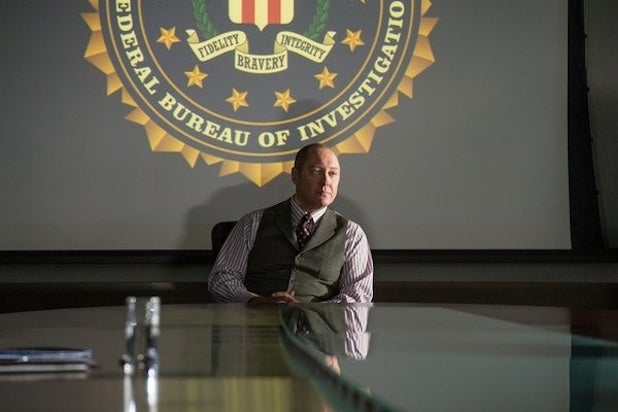 NBC’s newest crime drama, “The Blacklist,” centers around a fugitive kingpin (James Spader) who inexplicably turns himself in to the FBI and then, in a twisted turn of events, offers his services and intelligence to help the FBI take down a “blacklist” of high-profile criminals.

The catch? He will only speak to new agent Elizabeth Keen (Megan Boone). The fast-paced, psychological drama explores the minds of criminals and the complicated, veiled relationship between its characters in a way that will enthrall audiences.

In case you aren’t convinced yet, here are five more reasons to watch:

1) NBC splurged. With explosions, gunshots, and well-staged sets, “The Blacklist” looks more like a feature-length cinematic experience than a 45-minute crime drama. The stunts are on par with those in action movies, with impressive stunts and a convincingly harrowing bomb-diffusing scene.

“I don’t leave sets without blood all over my hair and face — fake blood,” Boone told reporters in a press call. “Every week, I leave set having to get rid of some kind of fake wound. I participate a lot physically in the show … it is very vestal and it is a very physical role.”

Audiences will feel like they should be watching this on the big screen.

2) Raymond Reddington makes audiences squirm. The biggest star in the show, Spader (“The Office”), shines as infamous criminal Raymond “Red” Reddington, a role that will simultaneously intrigue audiences and make their skin crawl. The first scene shows Reddington giving himself up into FBI custody — and this is not the strangest move he makes throughout the episode.

“There is something incredibly fun about thinking like a criminal,” said executive producer and showrunner John Eisendrath. “[Red] is a very specific character. And that to me is part of the reason the show — I hope — will be a success, is that he’s someone that you can love, love to hate, be intrigued by and always leave you guessing.”

His obsession with newbie profiler Elizabeth Keen, with whom he has seemingly no connection, drags her into a complicated moil of bomb threats, misinformation, and hidden identities that keeps the show charging forward.

3) Carefully crafted plot twists will keep you on your toes. The inherent shadiness of Reddington keeps audiences leery of the choices made by the FBI based on his information. However, the (often violent) plot twists come out of nowhere — perhaps the biggest one being Reddington’s overall role in the show.

“I do think that one of the sort of great things about the premise of the show is that baked into it is the delivery of a good episodic story,” said Eisendrath. “Hopefully, the audience will get a chance to enjoy some of or all of the characters who we like to portray as existing in our world, but being smart enough, clever enough, devious enough to have avoided detection by the FBI.”

Also read: Fall Premieres Week 1: How ‘Sleepy Hollow’ and Other New Shows Stacked Up in the Ratings

4) Rookie agent Elizabeth Keen is feisty, complex, and strong. Boone (“Law & Order: LA”) is no newcomer to crime dramas, but her doe-eyed innocence adds a new level to the character of Elizabeth Keen, Quantico graduate and hopeful adoptive parent.

“We did look pretty far and wide for the character of Liz. But when Megan came in… it was one of those auditions where right away, we were like ‘There is something specific about her,'” said Eisendrath. “For me anyway, what it was in her audition was that I felt like there was a darkness that she could access.”

Boone juxtaposes the two roles of domestic housewife and gung-ho FBI special agent with relative ease, and portrays the emotional gravity of the episode’s events in a very believable manner. The end of the pilot sees a very different Elizabeth than the beginning.

Also read: NBC Developing Miniseries on Johnny Carson’s Life, Which He Would Hate

5) Tom Keen (Ryan Eggold) is more than he seems. Eggold (“90210”) co-stars as Elizabeth Keen’s easygoing husband Tom. However, one of the first things that Raymond Reddington alludes to when talking to Elizabeth is the secrets her husband might be keeping from her. Keep an eye out for shadiness with this character.