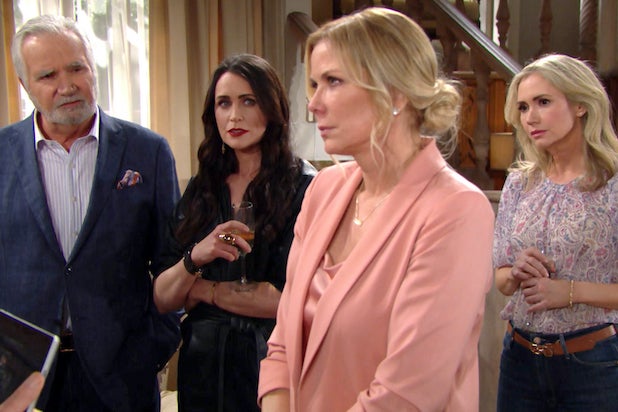 “The Bold and the Beautiful” will become the first U.S. television series to return to production following the coronavirus pandemic.

The CBS soap returns to its Television City soundstage on Wednesday, TheWrap is told. It is currently in preproduction.

Last month, the series was renewed for two more seasons, which will take it through Season 35 and 2022. The hope is for new original episodes to begin airing in early-to-mid July, though no airdate has been set yet.

The cast and crew will be tested for coronavirus daily as part of the health protocol. “The Bold and the Beautiful” has also hired a COVID-19 director who will be on set at all times to make sure proper protocols are followed as set forth by L.A. County, the City of Los Angeles, and each of the Hollywood guilds.

The series will also be allowing fewer cast and crew on set per day than before, or they will be asked to come in shifts. All will be required to social distance themselves and wear face masks at all times, with an exception made for actors who are filming a scene.

“The Bold and the Beautiful” airs weekdays at 1:30 p.m. ET and 12:30 p.m. PT. The daytime drama is a Bell-Phillip Television production. Bradley Bell is the executive producer.