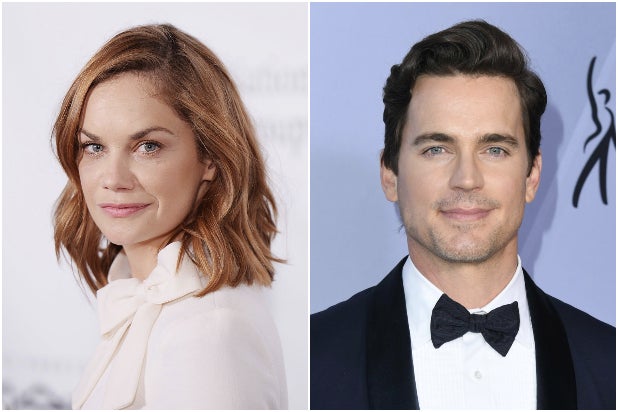 Ruth Wilson and Matt Bomer are set to star in a feature film drama based on the true story of 1980s AIDS activist Ruth Coker Burks, an individual with knowledge of the project tells TheWrap.

Tony Award-nominee Michael Arden will make his feature directorial debut on the film that is being presented to buyers at this week’s European Film Market in Berlin. Arden will direct from a screenplay by Rebecca Pollock and Kas Graham.

Coker Burks, also known as the Cemetery Angel, is a former caregiver for AIDS victims and activist for AIDS awareness from Arkansas who during the height of the crisis in the 1980s gave up her salary in order to house and even bury those who suffered from the disease. “The Book of Ruth” will be set during 1983 and center on how a woman devoted to her work, her faith and her family comes to educate herself about AIDS after her new neighbor (Bomer) turns out to be a gay man fleeing New York City after his partner died from the disease.

Scott LaStaiti, Dominic Tighe and Thomas Daley will produce “The Book of Ruth.” Cora Palfrey and Sarah Lebutsch are executive producing, and production is expected to begin later this year.

CAA will handle North American sales for the film at EFM, and Independent Film Sales will handle the international rights.

“It’s a great honor and privilege to tell this important story about the responsibility one human has to another, especially in a time of crisis. As a gay man, I feel that Ruth’s story of empathy in the face of great prejudice and adversary is one so needed in our modern time. It is vital for us to remember that we lost an entire generation to the AIDS epidemic and that so many people, including Ruth, sacrificed their own comfort, station and livelihood to help those in need during this plague. This is one of the finest scripts I have ever read, brimming with honesty and searing with social challenge. We have two of the finest actors imaginable on board in Ruth Wilson and Matt Bomer. Their work across all media speaks for itself and their commitment to the inspiration of empathy and compassion is perfectly aligned with the message of this film,” Arden said in a statement.

“We couldn’t be prouder and more excited by the incredible talent that are bringing this vital story to life. This female-led story tells us that out of the deepest darkness can come the brightest light and the work of Ruth Coker Burks is a constant reminder of all that is best about humanity. The story is ultimately filled with hope and love. Ruth and Matt will light up the screen with their exceptional abilities and in Michael Arden, a gay man who grew up in conservative Texas, we are lucky to have such a visionary director who brings authenticity to the film and a deep understanding of these characters and their community. We look forward to continuing to build upon this already prestigious package and casting a fine ensemble of actors,” the producers LaStaiti, Tighe and Daley said in a statement.

“We are delighted to work together with the talented cast and crew assembled on this immensely powerful story. ‘The Book of Ruth’ is taking a look at recent history, showing us what a person can achieve if they put their prejudices aside and do the right thing. It is a truly inspirational story that buyers and audiences undoubtedly will respond to,” Independent’s head of sales Sarah Lebutsch said in a statement.

Bomer stars on “The Sinner” and will next be seen in the Netflix movie adaptation of “The Boys in the Band.” Wilson was last seen on “His Dark Materials” on HBO and her last film was “The Little Stranger” from 2018.

Pollock and Graham’s 2019 script “Betty Ford” appeared on the Blacklist and was optioned by Ryan Murphy with Sarah Paulson attached. Arden is is the first and only director nominated for two Tony Awards before reaching the age of 35.

Deadline first reported the news on the project.