“The Chi” actress Sonja Sohn was arrested Sunday in North Carolina’s Outer Banks and charged with cocaine and marijuana possession. She posted $1,500 bond and has been released.

Here is the information we received from Major Jeff Deringer of the Dare County Sheriff’s Office:

At approximately 12:02 a.m. a traffic stop was conducted near the Washington Baum Bridge, Manteo, North Carolina. During this traffic stop a K-9 alerted on the vehicle for the odor of a controlled substance and a search was conducted. Inside a purse in the vehicle an amount of cocaine, drug paraphernalia and marijuana drug paraphernalia were located. The driver of the vehicle was issued citations for expired registration and driving while license revoked and released. The passenger, Sonja Denise Plack, Female, 55 yoa, was arrested for Felony Possession of Cocaine, Misdemeanor Possession of Drug Paraphernalia and Misdemeanor Possession of Marijuana Drug Paraphernalia and given a $1,500 secured bond. Plack was able to make bond and was released at the Dare County Detention Center. Assisting in the traffic stop were Nags Head Police Department, Manteo Police Department and U.S. Fish and Wildlife.

And here is Sohn’s mugshot: 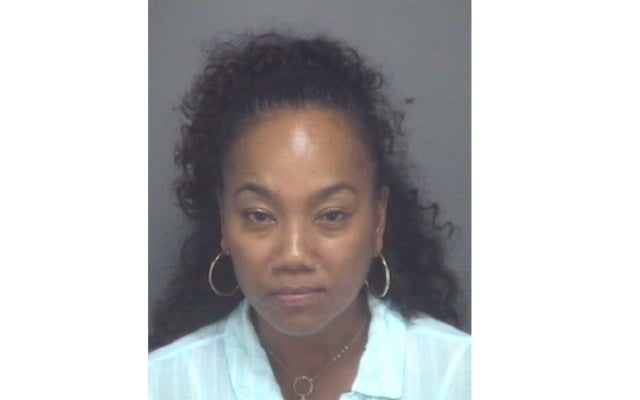 TheWrap reached out to Sohn’s agent and Showtime with requests for comment on this story. We did not immediately hear back from either.