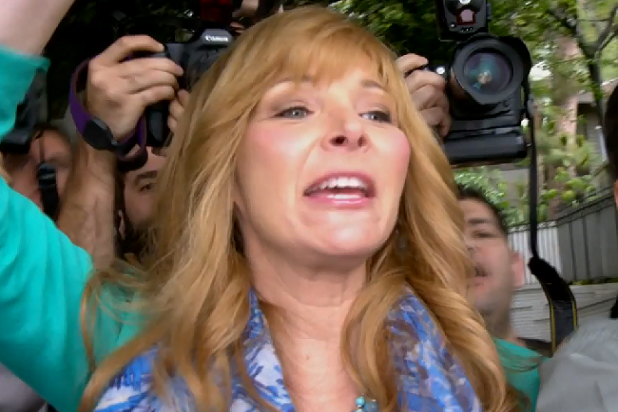 Valerie Cherish has just completed a rite of passage in the world of modern fame: Dealing with the paparazzi.

Unfortunately for Cherish, her encounter with the shutterbugs involved trying to cut through the line of flashing bulbs as the photogs clamored to take somebody else’s picture.

In anticipation of the upcoming second season of the revived series “The Comeback” — which aired for one season in 2005 and will premiere its second season in November — HBO has released a trailer featuring aspiring ex-has-been Cherish (played by former “Friends” star Lisa Kudrow) as she struggles to break through the scrum of paparazzi, desperate to gain the attention of whoever the paps are focused on.

And because this is “The Comeback,” as you might have guessed, she didn’t have much success.

Which turns out to be a perfect opportunity for Kudrow to deliver one of Cherish’s trademark no-big-deal-but-it-really-is shrug.

Welcome back, Valerie; nine years later, America yearns to bask in your humiliation more than ever.