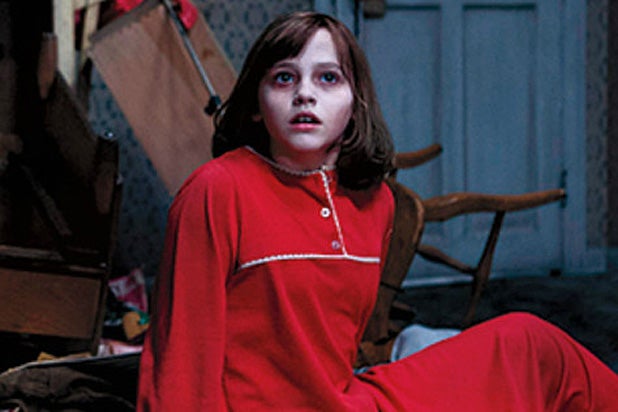 “The Conjuring 2” doesn’t land in theaters until June 2016 but the horror sequel is already terrifying fans with a creepy first look photo released Wednesday.

The chilling image of the nightmare to come shows Madison Wolfe as Janet Hodgson cowering on the floor of her bedroom with the furniture in disarray in the background.

“The haunting that afflicted the Hodgson family is probably one of the most documented paranormal cases in the world,” said director James Wan (Furious 7”), who visited the Enfield borough of London, England, where the supernatural activity took place in 1977, according to EW.

Production wrapped earlier this month and the film is currently in post-production.