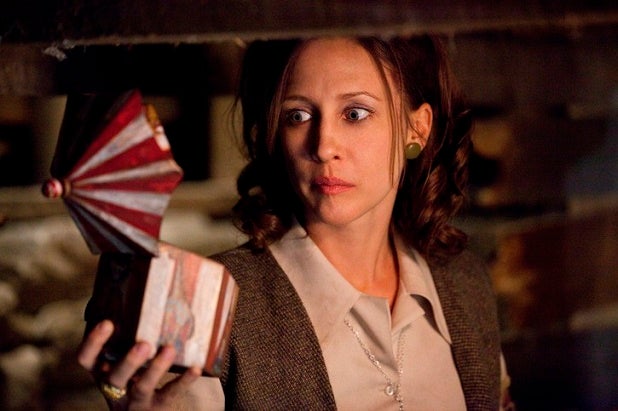 An untitled New Line horror film will instead take the Oct. 23, 2015, pre-Halloween slot that “The Conjuring 2” had been scheduled in.

The original “The Conjuring” was a breakout hit for New Line in 2013, and spawned the spin-off “Annabelle,” which opened to $37 million three weeks ago. The demon doll tale has turned into a major financial score, taking in more than $166 million at the global box office on a $6.5 million budget, so it’s likely a sequel is under consideration, and that could be an ideal date.

The yet-to-be-determined horror film will go up against Universal’s musical “Jem and the Holograms” on the Friday before Halloween in 2015.  An untitled horror film from Universal’s Blumhouse Productions is currently penciled in on the 2016 pre-Halloween slot.

“The Conjuring” became the fifth-highest grossing horror movie of all time last year. It brought in more than $318 million worldwide on a $20 million budget.   .