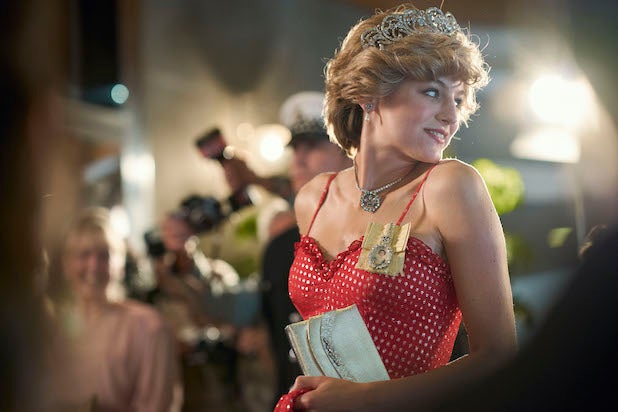 With its recently launched fourth season, “The Crown” reached the British royal family’s Princess Diana-era, a tumultuous time that many viewers of the Netflix drama remember playing out in the news in real-life. But for those who aren’t familiar with the facts, Britain’s culture minister wants a clear warning label that “The Crown” is fiction.

“It’s a beautifully produced work of fiction. So as with other TV productions, Netflix should be very clear at the beginning it is just that,” Culture Secretary Oliver Dowden said in a story published by U.K. newspaper the Mail on Sunday. “Without this, I fear a generation of viewers who did not live through these events may mistake fiction for fact.”

Dowden told the paper he plans to write to Netflix this week regarding the addition of a fiction label.

A spokesperson for Netflix did not immediately respond to TheWrap’s request for comment on Dowden’s remarks.

Season 4 of “The Crown” picks up toward the end of the 1970s as Queen Elizabeth (Olivia Colman) and her family find themselves preoccupied with safeguarding the line of succession by securing an appropriate bride for Prince Charles (Josh O’Connor), who is still unmarried at 30.

As the U.K. begins to feel the impact of divisive policies introduced by Britain’s first female prime minister, Margaret Thatcher (Gillian Anderson), tensions arise between her and the Queen that worsen as Thatcher leads the country into the Falklands War, generating conflict within the Commonwealth. While Charles’ romance with a young Lady Diana Spencer (Emma Corrin) offers some much-needed good news to unite the British people, division erupt within the royal family behind closed doors.

Also Read: 'The Crown' Stars Josh O'Connor and Emma Corrin Struggled 'Not to Play the Ending' With Charles and Diana

The Netflix drama is expected to begin production on Season 5 next spring, which will star the new Imelda Staunton-led cast, which will carry the show through its sixth and final season.