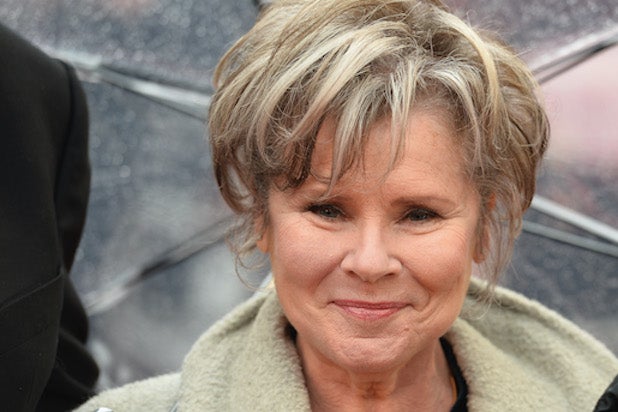 Contrary to reports you might have read, Imelda Staunton has not been cast as Queen Elizabeth II for “The Crown” Seasons 5 and 6, according to Netflix.

“We are currently filming season 4 of The Crown but have not commissioned any further seasons as yet, therefore any news on casting remains pure speculation,” a Netflix spokesperson told TheWrap Thursday.

Earlier Thursday, The Daily Mail reported Staunton would be taking over the role from Olivia Colman, who just made her debut as the British royal monarch in the Netflix drama’s third season, which launched Sunday. Colman — the actress who took over from Claire Foy, star of the show’s first two seasons — will continue to play the queen through the end of Season 4, at which time someone else will need to lead the next two installments.

If she were to be cast, Staunton would play Queen Elizabeth II from her mid-60s on, while Colman has the part during middle age, and Foy portrayed the royal as a young bride and mother.

Obviously the queen is not the only member of the royal family that will need to be recast — again — come Season 5. Right now Tobias Menzies plays Prince Philip, Helena Bonham Carter is Princess Margaret, Ben Daniels is Lord Snowdon, Josh O’Connor portrays Prince Charles and Erin Doherty plays Princess Anne during the ’60s and ’70s time period in which Season 3 takes place, and they will continue in those roles through Season 4. But the whole team will be replaced by an older group of actors and actresses, just as Foy and co. were after Season 2, as the story moves forward.

Read our interview with the cast about what’s to come in Season 4 here.