Netflix has unveiled the first photo of Olivia Colman as Queen Elizabeth II in “The Crown.”

Here is the image: 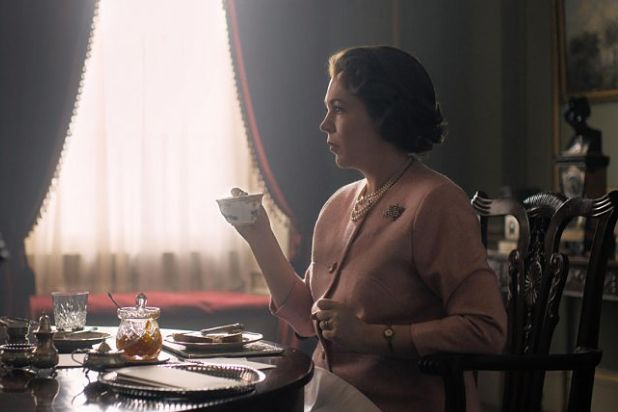 The new cast of “The Crown” also includes Tobias Menzies as Prince Philip and Helena Bonham Carter as Princess Margaret.

The way Netflix has worked (and is expected to continue to work) this particular show is to swap out its actors every two seasons, which means that Colman will play the queen for Seasons 3 and 4 before bequeathing her tea set to someone else.

Heavy is the head (temporarily).