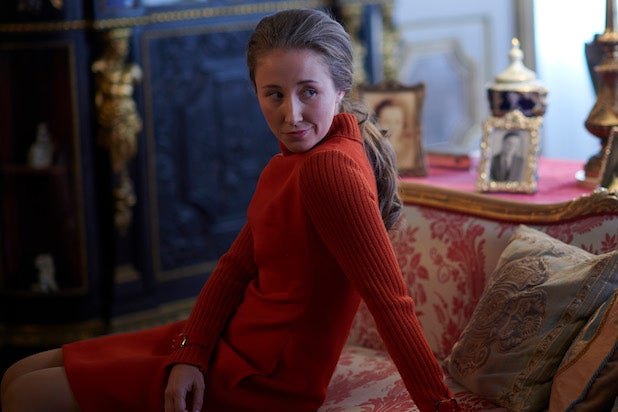 The third season of Netflix’s “The Crown” launches Sunday, ushering in a new generation of actors and actresses to play the on-screen versions of the British royal family that fans have grown to love over the drama’s first two installments. And one of those new stars is Erin Doherty, who is portraying Princess Anne, a figure you probably know next to nothing about — seeing as Doherty, a U.K. native, says she knew “literally” nothing about the royal herself.

“Honestly, when I found out about even going up for the part, I literally, in particular with Anne, I knew nothing about her. Absolutely nothing,” Doherty told TheWrap. “I remember even being on the phone and talking to my agent kind of being like, ‘Who are we talking about?’ Like, I just didn’t know who she was.”

OK, for those of you who don’t know, Princess Anne is the second child and only daughter of Queen Elizabeth II and Prince Philip, who was portrayed by child actresses on the first two seasons of “The Crown,” which starred Claire Foy as the monarch and Matt Smith as her husband. But given that Seasons 3 and 4 will take place in the ’60s and ’70s when Anne is a teen and young adult, Doherty is taking on the part opposite new queen Olivia Colman and her king, Tobias Menzies.

Doherty says she “used” the fact that she — and most likely you — knew nothing about the royal daughter to her advantage.

“Like, it’s quite telling for someone who is in the royal family to not know anything about them,” the “Call the Midwife” alum said. “So I used that a lot, later down the line, when I was creating that character. But with the royal family in general, I didn’t really know anything. Like that’s why I found ‘The Crown’ Seasons 1 and 2 so good and just fascinating because I found myself going on Google mid-episode, pausing it and researching these amazing things that happened that I don’t think many people really knew about.”

“And I think that’s why [‘Crown’] creator Peter Morgan is really just a genius because he writes about things that no one knows about,” she continued. “He knows what’s in the public eye predominantly, so he goes down different avenues that people are like, literally, they had no idea these things happened. And they are fascinating people and the more and more I dove into this pool of the royal family, the more I have such huge empathy for them because it’s such an odd situation to find yourself in and have to live through and navigate your way through. Like, for the rest of your life. It’s mindblowing what they do.”

Also Read: Helena Bonham Carter Talked to Princess Margaret Via a Psychic Before Playing Her on 'The Crown'

While the history books can spoil Anne’s youth for you, we don’t intend to by revealing what happens to her on the third season of “The Crown” before it debuts. But we can tell you that Doherty has “fallen in love” with her character and her “righteous rebellion.”

“What’s so special about her is that she won’t let it go unnoticed that she disagrees with something,” Doherty said of Anne, who rarely agrees with her parents and the rest of the royal family in most matters. “And I just find it’s really kind of noble, in a way, that she will let you know how she’s feeling about it. And I kinda want to take that trait on. And I feel like her and Charles did have it a bit harder in the sense that they were being scrutinized from such a young age and everything they did was public information and everyone was aware of what they were doing.”

Anne’s brother, the more famous Prince Charles, is played by fellow “Crown” newcomer Josh O’Connor for Season 3. And Doherty noted how both Anne and her brother, the one in line for the throne, dealt with living in the public eye as teens.

“What I think I admire the most about her, and what I didn’t expect, was growing up, the kind of scrutiny that she was put under at such a young age, physically,” Doherty said. “Like, these comments about her being frumpy and stuff like that when she was literally a teenager. If anyone had said those things about me when I was that age it would be so emotionally scarring I think, let alone to have them on tabloids around Britain. It blows my mind she went through that and came out so strong-willed still. She genuinely inspires me with her confidence and determination to just be so open about the way she’s feeling. But also, there is a kind of righteous rebellion in her that is so abnormal from the rest of the royal family. She is this gem of truth. She’s just determined to be honest about every situation, which I think is admirable in humans in general, but especially in [the royals’] shoes, to be really brutally honest all the time. I just think it’s wicked.”