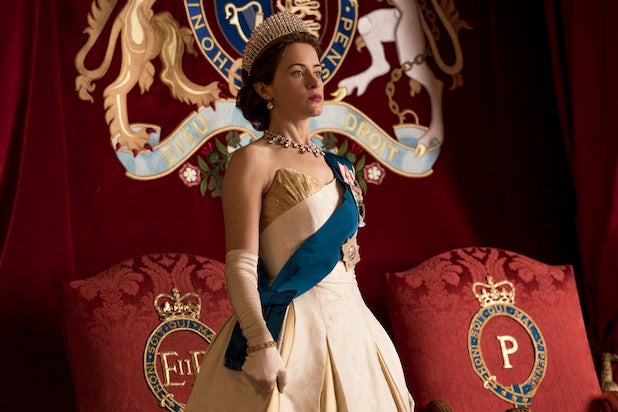 “The Crown” finally returns after a very long hiatus on Sunday with the premiere of its third season. And because it’s been almost two years since Season 2 of the royal drama dropped on Netflix, we’re sure even the most diehard fans have forgotten what happened on the most recent episode.

But don’t worry, TheWrap has compiled a refresher to get you all caught up with Queen Elizabeth II, Prince Philip and their regal brood before the new episodes launch.

(Here’s your reminder that the second season marked the final performances of Claire Foy as Elizabeth, Matt Smith as Philip, Vanessa Kirby as Princess Margaret, and all of the rest of the Seasons 1 and 2 cast who were replaced for the time jump that hits the series for Seasons 3 and 4. Now you’ll have Olivia Colman as your queen, Tobias Menzies as her prince and Helena Bonham Carter as her sister.)

On the Season 2 finale, titled “Mystery Man,” Elizabeth finds out she’s pregnant with her fourth child just as scandal his her nation once more and rumors spread that Philip has had an affair. The couple fight it out at Balamoral Castle, where Elizabeth confronts her husband about his possible infidelity without directly accusing him of having been unfaithful. And he tells her: “I know exactly what my job is. Your father made it perfectly clear: You are my job. You are the essence of my duty.”

Their drama seemingly ends when Elizabeth tells Philip she’s willing to “look the other way” and he tells her he doesn’t want her to.

Meanwhile, Margaret and her new husband Lord Snowden a.k.a. Antony Armstrong-Jones (played by Mathew Goode on Season 2, and replaced by Ben Daniels for Seasons 3 and 4) are parents to two children by the end of the episode and living in a renovated apartment in Kensington Palace. And the cracks in their young marriage are already beginning to show.

On the political side, the episode sees the October 1963 resignation of Elizabeth’s third prime minister, Harold Macmillan. Macmillan stepped down after John Profumo, a member of his cabinet, had an affair which led to a major security breach. Elizabeth appoints family friend Alec Douglas-Home as prime minister, which is not something that pleases her subjects very much.

By the episodes end we’ve reached 1964 and the queen has gives birth to Prince Edward, her youngest child. The baby is baptized and the entire royal family sits for a portrait session which ends with the photographer reciting this line from Shakespeare’s “Richard II”: “This blessed plot, this earth, this realm, this England.”