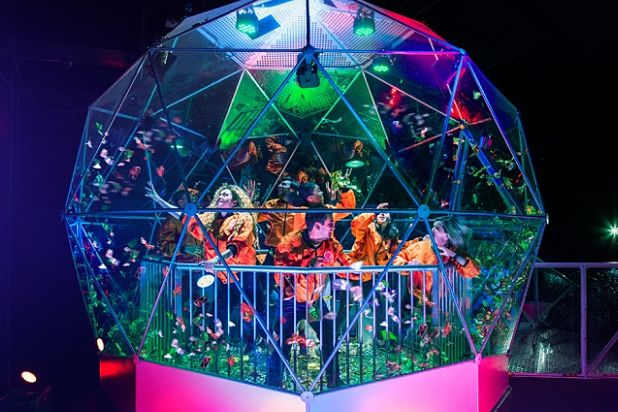 Nickelodeon is bringing hit U.K. game show “The Crystal Maze” to the U.S. The new version will be co-produced by Bunim/Murray and RDF Television under the Banijay Group.

“The Crystal Maze,” considered the inspiration to the current escape room craze, is a competitive challenge featuring a family team who must utilize physical and mental skills to successfully navigate an elaborate labyrinth of four giant and immersive themed zones. Those zones collectively makeup the titular maze.

Each successful game is rewarded with a “time crystal” that equals five seconds in the centerpiece Crystal Dome. The adventure culminates in a spectacular finale, as the team enters the Dome to grab a cash prize as it flies around them during a dramatic clock countdown.

Nick’s version has a 10-episode order. The one-hour episodes will begin production this summer on the show’s original set in Bristol, England. Its host will be announced at a later date.

“As Nickelodeon embraces co-viewing opportunities for every member of the family, ‘The Crystal Maze’ brings a new type of action game and storytelling to audiences with its escape room-style gameplay and emphasis on collaboration and teamwork to win,” Rob Bagshaw, executive vice president of Nickelodeon’s unscripted content, said.

“‘The Crystal Maze’ has long served as a staple of the U.K. entertainment landscape and we could not be happier to be reinventing the show for a younger demo alongside our sister companies, RDF and Stephen David Entertainment. Acting as the first series for BMP’s Kids and Family Division, the show will  build on our reputation in the competitive game space and we’ve no doubt by partnering with Nickelodeon, we can build a new audience for this brand in the U.S.,” Bunim/Murray CEO Gil Goldschein continued.

The series is executive produced by Goldschein and Maria Pepin from Bunim/Murray Productions, Neale Simpson from RDF’s Fizz and Stephen David from Stephen David Entertainment.

Production will be overseen for Nick by Bagshaw.