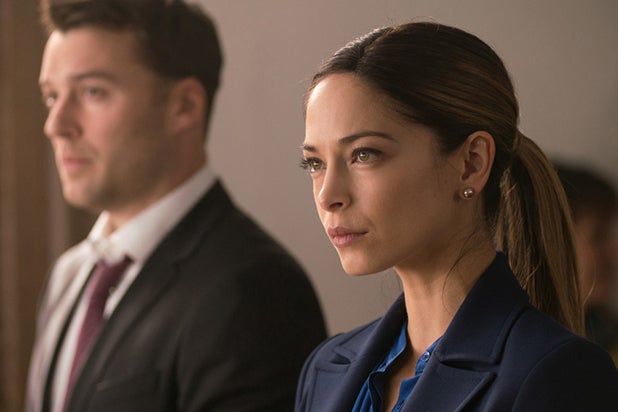 The CW has acquired the rights to the third season of Canadian legal drama “Burden of Truth.”

Season 3 will have eight hour-long episodes, and production will begin this summer in Winnipeg, Manitoba, Canada. The Canadian-produced series will air on The CW in 2020.

“Burden of Truth,” stars Kristin Kreuk as Joanna Chang, a big city lawyer who returns to her hometown to take on what she thinks is a simple case, only to find herself in a fight for justice for a group of sick girls. The series also stars Peter Mooney (“Rookie Blue”), Alex Carter (“NCIS”), Benjamin Ayres (“Saving Hope”), Nicola Correia-Damude (“Shadowhunters: The Mortal Instruments”), Meegwun Fairbrother (“Hemlock Grove”) and newcomer Star Slade.

The storyline for Season 3 has not yet been announced.

Per the network, after fighting for the justice of five sick girls in her hometown of Millwood, corporate attorney Joanna Chang (Kreuk) finds herself at a top law firm in Winnipeg ready to make a fresh start away from her previous firm. There, a new client draws her into the shadowy world of hackers, activists, and a political movement that won’t take any prisoners. The case leads Joanna through many twists and turns, until she eventually becomes a killer’s target. Her estranged father tries to assist her, which leads to an event that will change both their lives forever.

ICF Films, Entertainment One and Eagle Vision will produce, with executive producers Ilana Frank (“Rookie Blue,” “Saving Hope”), Linda Pope (“Saving Hope”), Adam Pettle (“Rookie Blue”), Jocelyn Hamilton (“Cardinal”), and Kristin Kreuk (“Smallville”). The legal drama is produced with the participation of the Canada Media Fund and Manitoba Film and Music, and with the assistance of the Government of Manitoba – Manitoba Film & Video Production Tax Credit, and the Canadian Film or Video Production Tax Credit. eOne has worldwide rights to the series.