Mark Pedowitz, who has served as chairman and CEO of The CW for the past 11 years, will be exiting the network as Nexstar completes its acquisition of a 75% controlling stake, the company announced Monday.

With Miller’s appointment, Rick Haskins, president of streaming and chief branding officer, and finance chief Mitch Nedick will also be departing, according to The Hollywood Reporter, which cited anonymous sources. The two executives were told they could stay on through Friday. The CW declined to comment on the matter when reached by TheWrap.

Miller, who will step down from Nexstar’s board to take this new role, most recently served as chairman of Industrial Media until its sale to Sony Pictures Television earlier this year. Industrial produced more than 94 series across 34 networks, including ABC’s “American Idol,” Discovery’s “90-Day Fiancé” and Selena Gomez’s HBO cooking show.

Pedowitz plans to revive his Pine Street Entertainment company, which previously had a producing deal at Warner Bros. During his 11-year tenure at The CW, he expanded the upstart’s programming to seven nights a week as well as a more year-round schedule of original content.

The local TV giant Nexstar had been sending signals of a new direction for the 16-year-old broadcaster with a shift from a lineup heavy on scripted original series like “Riverdale” and “The Flash” to cheaper-to-produce fare that leans more heavily in the reality genre. Additional executive turnover and layoffs are likely to follow in the coming months.

In a deal announced in August, Nexstar acquired a controlling share of the broadcaster from co-owners Warner Bros. Discovery and Paramount Global, who will each retain 12.5% stakes. No cash was involved in the transaction, with Nexstar assuming a substantial chunk of the network’s $100 million-plus losses.

“Dennis Miller brings a unique skill set of proven television, media, and technology industry expertise, as well as venture capital experience to the role of President at The CW,” Nexstar chairman and CEO Perry Sook said in a statement. “I look forward to working with Dennis and Sean Compton, Nexstar’s President of Networks, to build on the foundation that Mark Pedowitz and his team have established at both the CW Network and the CW App. We sincerely thank Mark for his many years of service to The CW and wish him the very best in his future endeavors.”

Pedowitz offered praise for his team. “It’s been an honor to serve as the Chairman and CEO of The CW Network for the last 11 years and I am very proud of what our exceptional teams have accomplished together over that time,” he said. “It was the right moment for me to hand over the leadership baton and I am excited to move on to the next chapter of my professional career where I can pursue a different set of interests.” 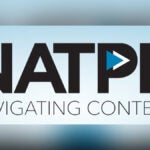