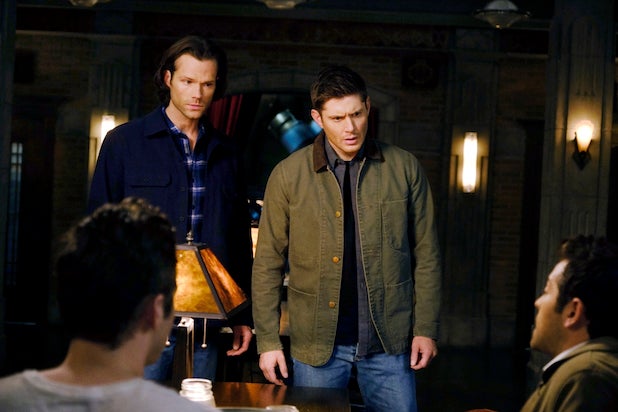 The CW released its fall schedule Thursday, and the only thing staying put from last year’s lineup is “Supernatural” Thursdays.

The rest of what would have been the network’s regular schedule was reshuffled due to production delays caused by the pandemic, which means that all the shows that would normally return this fall have been pushed to January.

Series premieres of new shows “Superman & Lois,” “Walker” are being saved for early next year. In their place will be a mix of original and recently acquired programming from streaming services, including first-time broadcast TV airings of DC Univers’s “Swamp Thing” in the primetime Tuesday slot followed by CBS All Access’s “Tell Me a Story” at 9 p.m.

Also Read: The CW Shuffles 'Stargirl' Debut, 'In the Dark' Return to Fill Scheduling Holes Due to Production Shutdown

The “Supernatural” final season will pick back up as planned, however, getting the primetime slot on Thursdays followed by “Outpost” at 9 p.m.

On June 2, the network shifted its schedule to accommodate the acquisition of Patrick Tempsey-led Italian thriller series “Devils,” which took Wednesday 8-9 p.m. timeslot previously occupied by “Two Sentence Horror Stories” and “Dead Pixels,” the latter of which was acquired last month along with “Coroner,” which will remain in the 9-10 p.m. Wednesday timeslot.

In May, the network also ordered a brand new show, “The World’s Funniest Animals,” which will air Friday nights at 8 p.m.

In January, “Superman & Lois” will get the Tuesday 9 p.m. slot after “The Flash,” and “Walker” will get the primetime Thursday slot followed by “Legacies.”

“Riverdale” and “Nancy Drew,” will keep their same Wednesday slots as last year, as will “All American” and “Black Lightning” on Mondays. On Sundays, “Batwoman” will be followed by “Charmed” instead of “Supergirl,” which has been pushed to midseason along with new series “Kung Fu” and “The Republic of Sarah,” and returning series “DC’s Legends of Tomorrow,” “Dynasty,” “In The Dark,” and “Roswell, New Mexico.”

Below, find the network’s updated schedule for Fall 2020:

15 Famous People Who Died on Their Birthday, From Shakespeare to Ingrid Bergman (Photos)