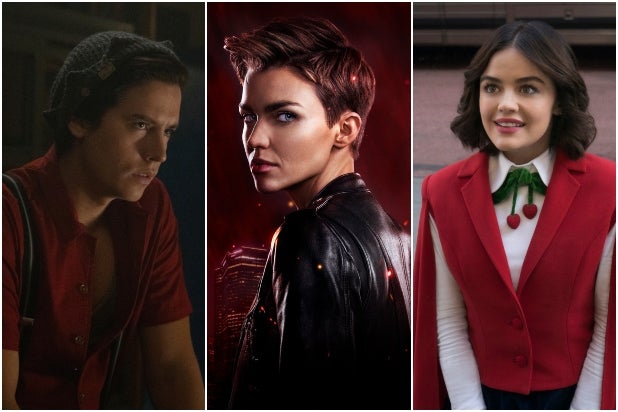 The CW has renewed 13 of its series for the 2020-2021 season, and ordered 13 additional scripts for “Katy Keene” ahead of its midseason series premiere on Feb. 6.

New series “Batwoman” and “Nancy Drew” have been given second seasons, while “All American,” “Charmed,”  “In The Dark,” “Legacies,” and “Roswell, New Mexico” will get third seasons. “Dynasty” and “Black Lightning” are getting fourth seasons, and “Riverdale” will get a fifth, “DC’s Legends of Tomorrow,” and “Supergirl” get sixth seasons, and “The Flash” will get a seventh.

“These early orders for next season give our production teams a head start in plotting out story arcs and a jump on hiring staff, and this also provides us with a strong foundation of established, fan-favorite CW shows to build on for next season,” said CW president Mark Pedowitz.

“We’ve been thrilled with the creative direction of all three new series, and even though we are in the very early stages of our new full stack streaming strategy, which allows viewers to catch up on our new shows from the beginning, we’re already seeing incredibly positive results from our multiplatform viewership for “Nancy Drew” and “Batwoman,” Pedowitz continued.

“Katy Keene” stars Lucy Hale, Ashleigh Murray, Jonny Beauchamp and Julia Chen, and is based on the Archie Comics characters.

“The Outpost” and “Pandora” were renewed in the fall for a third and second season respectively. The CW acquired the third season of Canadian legal series “Burden of Truth” in May and is set to air it in 2020. Its “Two Sentence Horror Stories” anthology series premiered this summer.

CW series coming to an end this year include long-time favorite “Supernatural” as well as “Arrow,” and “The 100.”