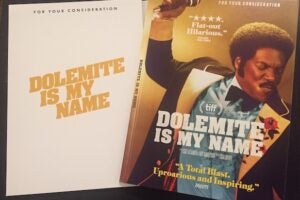 Awards Season Screeners Are Here, Finally – And So Are Clint Eastwood and World War I

The Death of Movie Theaters? Not So Fast

”I don’t think it’s doom and gloom by any stretch of the imagination,“ Bruce Nash, founder of box office and Hollywood data website The Numbers, tells TheWrap

Reports of the movie theater’s demise seem to have been greatly exaggerated.

Hollywood has bemoaned the death of movie theaters for the better part of a decade — perhaps longer. But the nation’s most prominent film exhibitors, which recently reported quarterly earnings, tell a different story: The theater business is not only healthy, but possibly thriving.

Cinemark, AMC Theatres and Imax all reported third-quarter revenue earlier this month that was much-improved compared with the same three-month period a year ago. Cinemark’s CEO Mark Zoradi said the chain had record worldwide revenue in the quarter. Rich Gelfond, CEO of Imax, said the exhibitor was on track for its best year ever at the global box office. And AMC saw record attendance, according to CEO Adam Aron.

“We are on track for a strong fourth quarter to cap off our record breaking year as we look ahead to a 2020 slate, which features more blockbusters than ever filmed in Imax,” Gelfond said during the company’s quarterly conference call.

Imax has the Disney phenomenon of “Avengers: Endgame” to thank for a lot of the year’s success. “Endgame” not only gave Imax its highest opening ever, Gelfond, in April, also credited the film with helping push Imax to record box office revenue in 2019.

The fact of the matter is, for as much as they are lamented, superhero flicks and other big-budget monoculture-esque blockbusters devouring screen times are saving movie theaters — the ones devoted to housing them.

Those movie theaters are thriving. In the third quarter, AMC reported that its total attendance of 87.1 million tickets sold set an all-time quarterly record.

Cinemark also said it saw theater attendance increase 5% and admission revenues increase 6.3% to $454.5 million, while the average ticket price for the company increased 1.1% to $6.20.

Earlier this week, Makan Delrahim, assistant attorney general for the U.S. Department of Justice, addressed the anti-trust division’s plan to put an end to the Paramount consent decrees. Delrahim argued that the curbs meant to prevent studios from controlling theatrical distribution are no longer needed, as the industry has significantly changed and innovation continues in the distribution space.

That argument is made possible, though, in part, because of the rise of streaming. And there are some who argue that other sections of the decrees don’t necessarily bode well for theaters.

“Killing the decree matters…because whatever new form(s) of block booking the studios design to pass muster in today’s (laughable) antitrust environment would work in tandem with streaming,” Derek Long, a professor of media and cinema studies at the University of Illinois at Urbana-Champaign, wrote on Twitter.

But people are still going to the movies and, in some cases, more than in recent years. That, however, does not tell the full story of movie theaters in 2019. The narrative of the death of movie theaters has been born out of a week-to-week glance at box office receipts, which have, in fairness, done little to instill confidence.

But misfires, such as Paramount’s “Terminator: Dark Fate,” Fox’s “Dark Phoenix,” Lionsgate’s “Hellboy,” and more recently Sony’s “Charlies Angel’s” have fanned the flames of a box office in dire straits. And to boot, the concerning box office struggles of smaller films such as “Booksmart,” “Where’d You Go Bernadette?,” “Brittany Runs a Marathon” have helped to heighten anxieties.

The dissonance between indies and blockbusters, cinema chains and independent theaters has become all too clear in 2019.

“You have to think of it in two parts, really,” said Bruce Nash, founder of box office and Hollywood data website The Numbers. “The big chains really make their money with blockbusters and in that sense, Hollywood’s done a pretty good job. As far as the big chains are concerned, I don’t think it’s doom and gloom by any stretch of the imagination. But then it’s about the challenge those small indie theaters face.”

The challenges of smaller theaters have been exemplified by Landmark’s sale to Cohen Media Group at the tail end of 2018, or the shuttering of New York City’s last single-screen theater, the Paris Theatre, in August.

The debate surrounding blockbuster films and indies and what warrants time and space in theaters in 2019 has reached a fever pitch in recent months.

Martin Scorsese, after inciting near riots over the validity of superhero movies as “cinema,” wrote a column for The New York Times in which he addressed, what he called, “a perilous time” for movie theaters.

“So, you might ask, what’s my problem? Why not just let superhero films and other franchise films be? The reason is simple,” Scorsese wrote in The New York Times. “In many places around this country and around the world, franchise films are now your primary choice if you want to see something on the big screen. It’s a perilous time in film exhibition, and there are fewer independent theaters than ever.”

Right or wrong, blockbusters such as “Endgame” and “Star Wars” have gone a long way to helping keep cinema chains afloat — improved concessions, seating, and investments in other amenities and business models such as subscription have done their part to help as well.

Cinemark CEO Mark Zoradi said during the company’s quarterly conference call that the company has seen a correlation between a focus on improving customer service, amenities, concessions and personalized consumer interaction and the theater chain’s financial performance.

“In addition to the film content that resonated extremely well with our global audiences, we benefited from the continued focus and execution of our guest-oriented strategic priorities,” Zoradi said. “We continue to believe the investments we are making to differentiate and enrich the overall entertainment experience we provide our guests will further position Cinemark for long-term success.”

It’s undeniable that Hollywood and film exhibition are in a somewhat mercurial state, but senior Comscore analyst Paul Dergarabedian said while things could for sure change, any concerns about the death of movie theaters are overblown.

“There’s a myopic view in the industry that if the box office is down then movie theaters and the industry are in peril and the sky is falling,” Dergarabedian said. “When you see theater chains investing big and growing, they’re saying, ‘We’re invested and confident in this industry.’ The movie theater is here to stay, but don’t get me wrong, that’s not to say you should just put your head in the sand and you don’t need to ever worry about the need to change.”