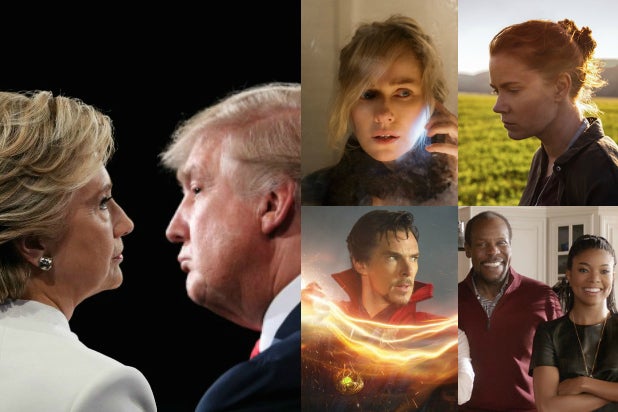 Box office revenues are rarely affected by outside cultural forces, according to experts. But this year’s high-drama, high-stakes presidential election has arguably sucked the air out of the multiplexes, experts and studio insiders who spoke with TheWrap admitted.

“This election has been particularly unique and had a pervasive cultural impact,” said comScore senior analyst Paul Dergarabedian. “It’s like no other election in modern times. For better or worse it’s captured the imagination of everyone.”

Barring bad weather that quite literally physically hinders a movie audience’s ability to see a film — like Hurricane Matthew, which forced a limited number of theaters in the coastal southeast to close as the storm made landfall in Florida and South Carolina when “The Girl on the Train” and “The Birth of a Nation” opened — it’s difficult to directly correlate big cultural events, like the Rio Olympics, the World Series and, yes, the election, to deficits in movie ticket buying.

But the fact remains, as Hillary Clinton and Donald Trump continue to dominate the headlines, fall box office receipts are down 10 percent from last year.

The drop happened in spite of the fact that television advertising spending for movies is up year over year. In the last two weeks of October, alone, studios spent $111 million on TV ads, according to iSpot.tv. (See network breakdown below.) 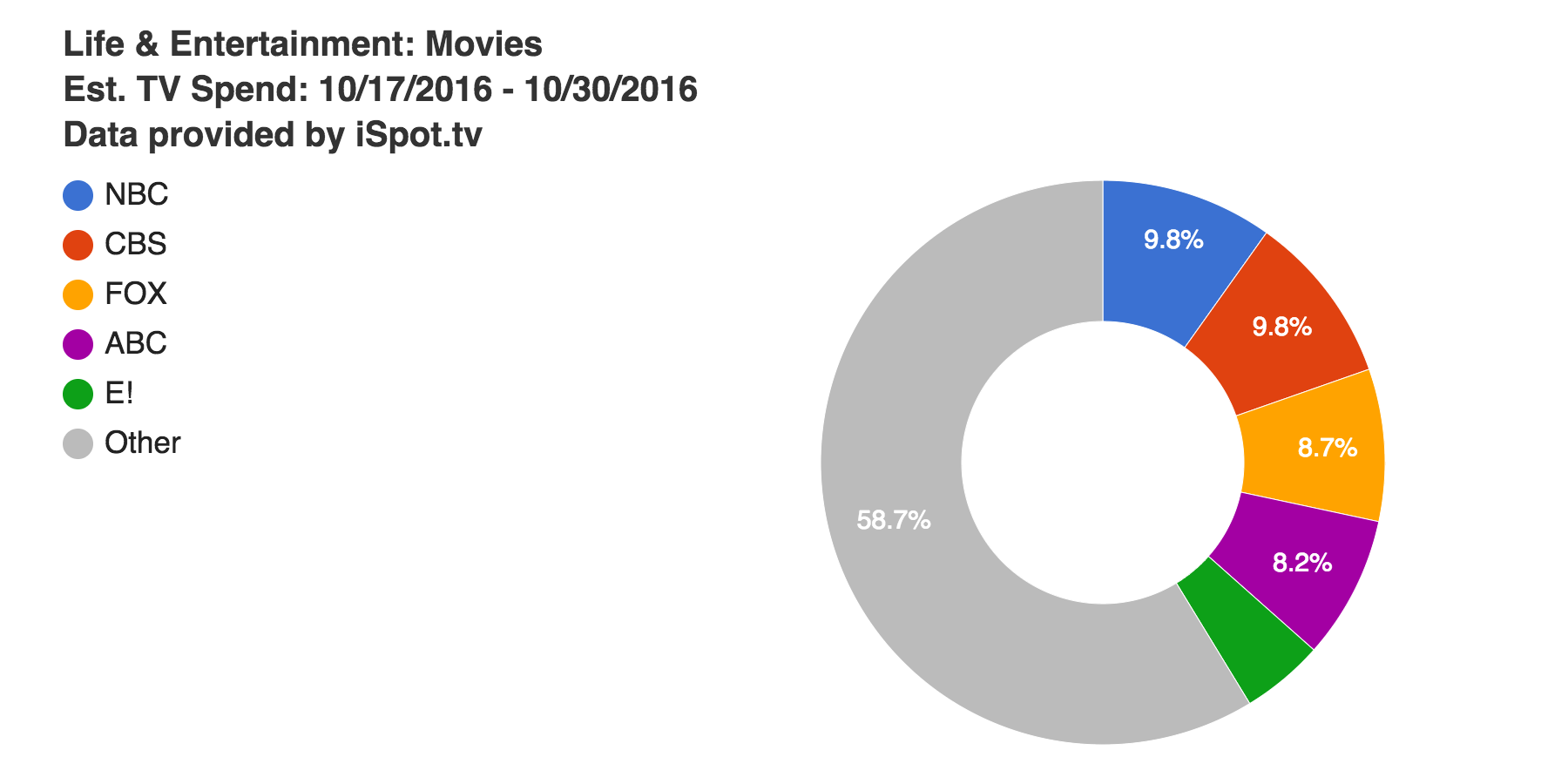 Box office totals also went down in the fall as movie ticket prices themselves rose 3 percent — coinciding with when the election, and the many controversies surrounding it, heated up.

It takes a big title to cut through the noise, experts and studio insiders argue (many of those who have movies coming out declined to speak with TheWrap on the record).

Studio tentpoles, like Disney-Marvel’s “Doctor Strange” opening this weekend, have the power to cut through the added noise that has come with the elections — not to mention the seven-game World Series.

“It offers a powerful escapist option for people,” said Dergarabedian, who argued that certain titles in the slate of upcoming movies will be a welcome distraction for people who find themselves election weary.

Also Read: 4 Reasons Why 'Inferno' Flamed Out at the Box Office

Though one insider close to a widely released film opening the same day — on the weekend after election day — expressed nerves over the possibility of a contested election, or some other factor that draws it out to the levels of 2000’s hanging chads, when the contest between G.W. Bush and Al Gore became a protracted battle that eventually went all the way to the Supreme Court.

“‘Doctor Strange’ can fight off an election,” Dergarabedian told TheWrap. “But smaller movies might not be able to. It’s all about who has the bigger hammer to get the entertainment value across, which is the more compelling option,” said the analyst, who argued that this election in particular is “an anomaly” and has provided a competing entertainment value unlike any other before it.

Documentaries like Ava DuVernay’s “13th” and also “Newtown” didn’t quite kick off a national conversation on racial inequality in America’s prison system and gun violence, respectively, one insider pointed out. Though both titles still have a chance to inspire a hot topic as awards season heats up.

But while the election may be indirectly nudging the box office numbers south, it doesn’t have near the power to hurt the industry in any significant way.

By in large, it comes down to the quality of each individual movie and the public’s interest in Hollywood’s new offerings, insiders resoundingly agreed. “I swear, if ‘Star Wars the Force Awakens’ were opening now, and on election day, more people would go to the movie than vote,” said Dergarabedian.