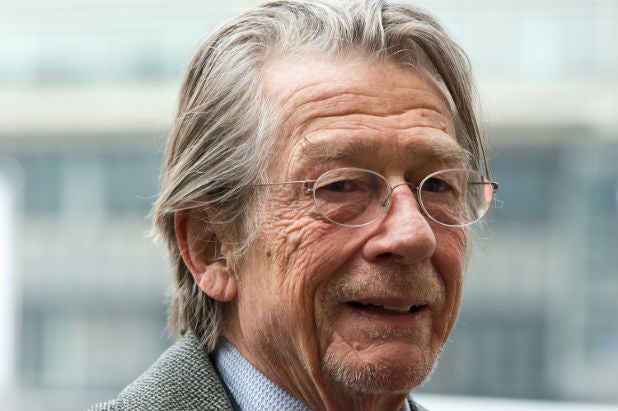 The 75-year-old Oscar nominee, who is best known for his role in 1980’s “The Elephant Man” and more recently as wand-maker Mr. Ollivander in the Harry Potter franchise, said he is undergoing treatment but that his doctors are providing a positive prognosis.

“I am undergoing treatment and am more than optimistic about a satisfactory outcome, as indeed is the medical team,” Hurt said, according to BBC News.

“I am continuing to focus on my professional commitments and will shortly be recording ‘Jeffrey Bernard Is Unwell’ (one of life’s small ironies!) for BBC Radio 4,” he added.

Hurt, who appeared on the cult TV series “Doctor Who” in 2013, currently has roles in seven projects including “Tarzan,” “The Absinthe Drinkers,” and British drama series “The Last Panthers.” He also appeared in Dwayne “The Rock” Johnson’s 2014 action film “Hercules.”

The veteran actor was knighted earlier this year by Queen Elizabeth II for his services to drama.