SPOILERS ahead for “Exodus,” the first episode of “The Expanse” Season 5.

After a relatively calm fourth season, “The Expanse” returned with a bang Wednesday via the first three episodes of Season 5 — and with it a major storyline, plus a lot of personal growth, for Amos Burton (Wes Chatham).

As things kick off, the crew of the Rocinante have (temporarily) split up, with Holden on Tycho station while Alex, Naomi and Amos travel through the system to deal with various personal business. In Amos’ case, he’s headed back to Earth for the first time in decades after learning that Lydia, the woman who raised him in Baltimore, has died.

While in transit, Amos intervenes to stop an extortion racket taking advantage of the poorer passengers headed to the inner planets. And as this will obviously lead to the extortionists taking revenge at some point, Amos decides to cut to the chase by heading over to the showers, where he knows they’ll come find him.

We’ve seen this sort of thing before: While “The Expanse” doesn’t revel in violence for its own sake, throughout the series Amos has been at the center of some of the show’s starkest physical confrontations. (“I am that guy” remains one of our all-time favorite moments.) These scenes have almost always underscored Amos’ matter-of-fact, survive-at-all costs approach to everything, and in most cases, he at least appears to very quickly shrug off what he’s been forced to do.

This time, however, the show pulls off a genuinely moving avoidance of expectations. Amos, as predicted, finds himself surrounded by thugs, and it looks as though we’re about to see him beat them to shreds. But we then cut to the aftermath, with Amos standing under a showerhead. He’s literally and figuratively washing the blood off, as the scene is punctuated by very brief flashbacks to the melee. The viewer gets a glimpse of how brutal the whole thing was, but the scene really centers on Amos’ clear struggle to process the violence he just inflicted on his attackers amid his grief for Lydia. 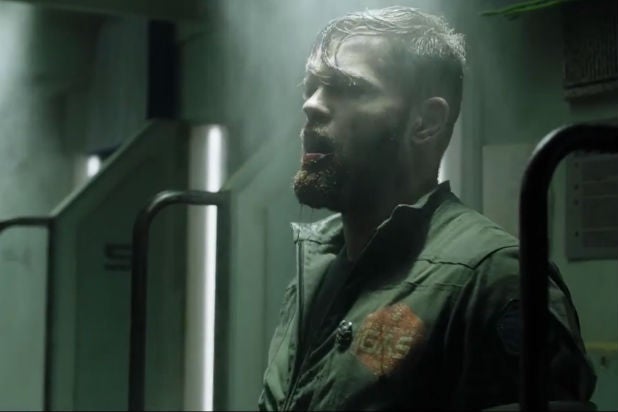 Ahead of the Season 5 premiere, we spoke to “The Expanse” creators Ty Franck and Daniel Abraham, as well as showrunner Naren Shankar, who talked about how that scene came together and what it says about Amos’ state of mind as we reconnect with him.

Abraham explained that the scene actually started out as the more traditional hero-kicks-ass kind of brawl the audience no doubt expected. But in what he called a “case study” in the “power of film editing,” the decision to change things up was made in postproduction.

“I love that scene so much. And the thing is, we filmed the other scene. We filmed the traditional action scene and we were in editing and Naren was looking at it and going, ‘Yeah, this is getting into it. This is a beautiful scene. This is a beautifully rendered action scene, but I can do something more interesting,'” Abraham told TheWrap. “And really looking at how to filmically get the emotional core of that character present in that scene, how to tell that story visually. The thing I’ve enjoyed myself most about getting to do this is coming to understand the power of film editing. And that’s my case study on how to do it right.”

Shankar added that he wanted to actually convey Amos’ development rather than provide simple thrills. “That scene is not about him killing, kicking some dudes’ asses. It was about what’s going on in his head,” he explained. He also noted that it was born of necessity due to how storytelling differs between television and literature.

“It’s like in the books, the Amos story starts with ‘Lydia was dead.’ It literally starts with that line of dialogue. And so the reader understands what’s going on with Amos’ head. The problem for us is we don’t have access to that interior monologue. So it became a question of what’s going on with Amos, and we had to be as subjective as possible. So showing Amos use violence and beating up some dudes that didn’t show anything different about him,” Shankar said.

“And so when we cut it, it conveyed that. It was a subjectivity about it, and it let the audience know there’s something much more deep going on here with him. There’s something much more problematic that he’s trying to deal with. And that was a really, I love the way it worked out. Everybody who sees that scene seems to be getting exactly the right response from it. So that was a success.”

We have a hard time disagreeing.

The first three episodes of “The Expanse” Season 5 premiered Wednesday on Amazon Prime. Check back here for our ongoing coverage.