“The Falcon and the Winter Soldier” is off to an action-packed start, and already bringing in some familiar faces. Obviously, there’s one in particular that we need to touch on immediately.

If you found yourself thinking “That guy who hijacked the helicopter looks REALLY familiar,” it’s because yes, we’ve met him before. His name is Georges Batroc (played by Georges St-Pierre), and he was the mercenary/pirate that Captain America fought on the Lemurian Star. 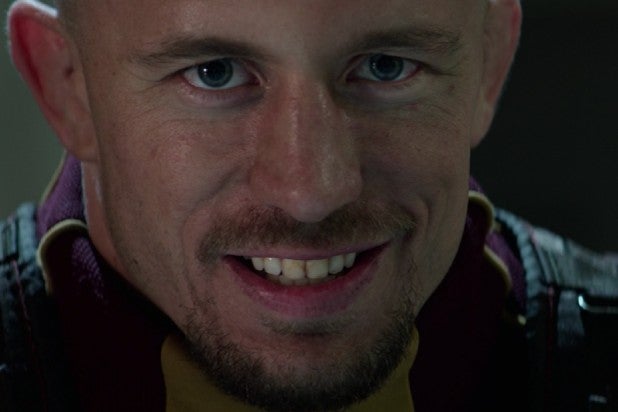 Batroc had been hired by Nick Fury to hijack the boat as part of an elaborate scheme to allow Natasha Romanoff, who was ostensibly along to help rescue hostages, to search the ship’s computers for classified information on Project Insight.

Anyway, after going a few rounds with Cap, Batroc managed to escape the ship, but he was eventually apprehended by S.H.I.E.L.D. in a “not-so-safe house in Algiers” and the last we saw of him, he had rolled over on Fury during his interrogation. 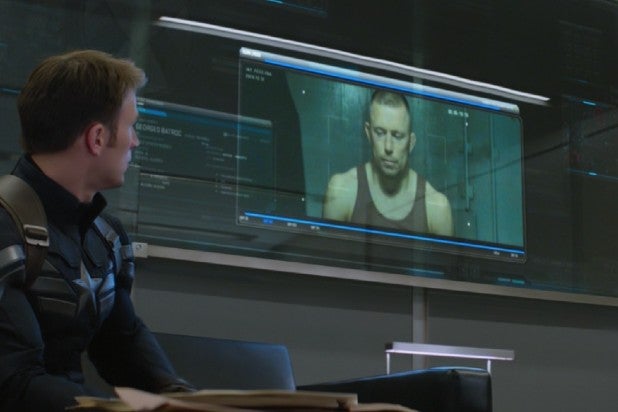 We never saw what happened to Batroc after that. Whether he escaped by his own skill or was simply released — considering S.H.I.E.L.D. was almost fully Hydra at that point, we’re guessing it’s the latter — it doesn’t really matter. He’s back again now, and this time he’s the apparent leader of a new terrorist group calling itself “the LAF,” though what that stands for is never explained.

We don’t learn much about his motives in his first “Falcon and the Winter Soldier” appearance. Batroc mainly just keeps posing a credible threat to Sam Wilson (Anthony Mackie) during those insane aerial fight scenes, before barely escaping with his life just before Sam blows his plane up.

The question is, will he see him again? It seems likely — bringing Batroc back for an extended cameo, again, would be weird considering the other “Captain America” franchise characters, like Sharon Carter and Zemo, who are also returning for this show. And this early in the series, there are a lot of ways Batroc can factor in. So let’s start wildly speculating, shall we?

He could very easily be the apparent leader of Flag Smashers we saw later in the episode. After all, the guy that Falcon’s new buddy Joaquin Torres took on in the chaos of the robbery was huge, and clearly powerful. Remember, Batroc stood his own in hand-to-hand combat with Captain America.

Plus, in the comics, Batroc — created by Stan Lee and Jack Kirby in 1966 under the ridiculous supervillain name Batroc the Leaper — has occasionally led his own team called “Batroc’s Brigade.” At this point, the MCU has well-established that they’ll grab pieces of comic arcs and tweak as they see fit. Perhaps in “The Falcon and the Winter Soldier,” Batroc’s Brigade is now the Flag Smashers.

Then again, maybe Flag Smasher is a person, like he was in the comics. We already know that Zemo is returning in “The Falcon and the Winter Soldier.” Perhaps this is his first entrance, just wearing a different mask than usual. In that case, it’s possible that Batroc is simply working alongside him.

There’s no way to no for sure this early. But again, it would be distinctly unlike Marvel to bring Batroc back if he wasn’t going to be important in this series.