The first episode of “The Falcon and the Winter Soldier” ends with the surprise — and for Sam Wilson, cruelly frustrating — debut of a brand new Captain America. But it wasn’t Sam or Bucky Barnes carrying on Steve Rogers’ mantle, it was an unfamiliar man in Cap’s star-spangled uniform. Who is that guy? Well, we’re about to get into that.

We’ll cut right to the chase: As you’ll learn in future episodes of the Disney+ series, the man under the brand new Cap mask is John Walker, best known in Marvel Comics as the superhero US Agent.

Created in 1986 by writer Mark Gruenwald and artist Paul Neary, Walker was envisioned as something of a thought experiment, a deliberate counterpoint to Steve Rogers that, as Greunwald put it in a 1988 interview, “embodied patriotism in a way that Captain America didn’t — a patriotic villain.” 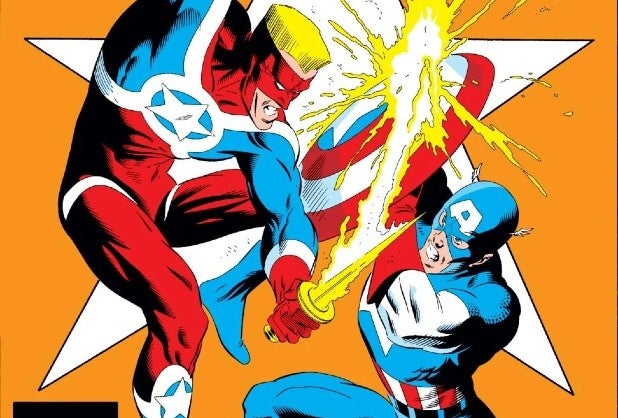 “Basically, I just wanted to do the opposite of Steve Rogers,” Gruenwald said at the time. “Okay, Steve Rogers is a poor northern urban boy. So I’ll make a guy from rural middle class south. Cap is now old, so this guy’ll be a real young up-and-comer. Cap has lofty ideals, so I’ll make Super-Patriot be more realistic and more pragmatic. So, I put together his background and character traits by playing the opposite game.”

First appearing in “Captain America” #323 as “Super Patriot,” Walker’s backstory is a lot like plenty of other super powered people: He got into the superhero game after the death of a beloved family member. In his case, after his older brother was killed in Vietnam, Walker attempted to honor his legacy by joining the military himself. However, he signed up during peacetime, never actually saw combat and was eventually discharged without ever distinguishing himself like his war hero brother.

But soon after leaving the military, he met the Power Broker, a villain who hooks people up with superhuman abilities — if they can afford his quote. So like Steve Rogers, Walker underwent a treatment that gave him super soldier abilities, and now in debt to the Power Broker, he attempted to establish himself as a for-profit superhero by holding staged public fights under the code-name Super-Patriot, publicly criticizing Captain America as an outdated American symbol, and repeatedly challenging him to a fight.

But Walker didn’t remain a straight villain. Instead, he became a full blown celebrity after foiling a terrorist attack and, when Steve Rogers quit in “Captain America #332 (1987) — for reasons very similar to Marvel Cinematic Universe Steve’s objections to the Sokovia Accords — Walker was hired to replace him. (Over, it should be noted, Nick Fury and Sam Wilson.)

Walker’s tenure as Captain America was not a great success. He tried to live up to the original Cap’s ideals and ethics, but being a political reactionary he embraced extremely brutal methods and found himself advancing American interests that quite often put him in service to brutal despots. 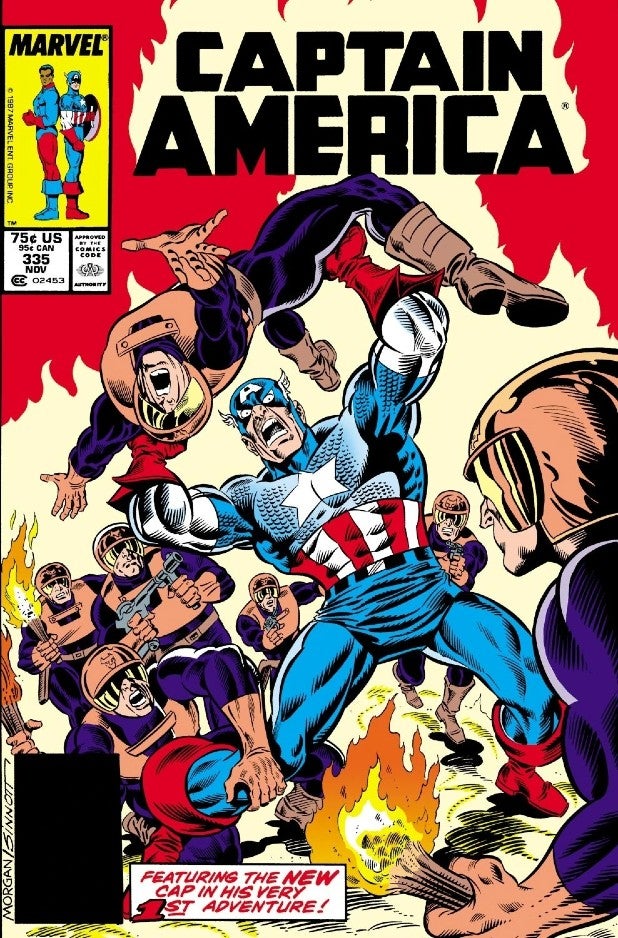 Walker eventually cracked from the pressure for various personal reasons, but after teaming up with Steve to fight Red Skull, he quit and Steve resumed the title. After some time figuring himself out, Walker returned in “Captain America” #354 (1989) under a brand new alias, “U.S. Agent.”

Working for the government, Walker was given a costume VERY similar to Steve’s Captain America get-up, and put in charge of supervising the West Coast Avengers, where he really found his groove fighting alongside the team and proving himself on multiple occasions. After the West Coast Avengers disband, he joined up with other teams, including The Invaders, Omega Flight, and a later incarnation of the main Avengers team, had a bunch of other adventures and, like most heroes, went in and out of retirement. 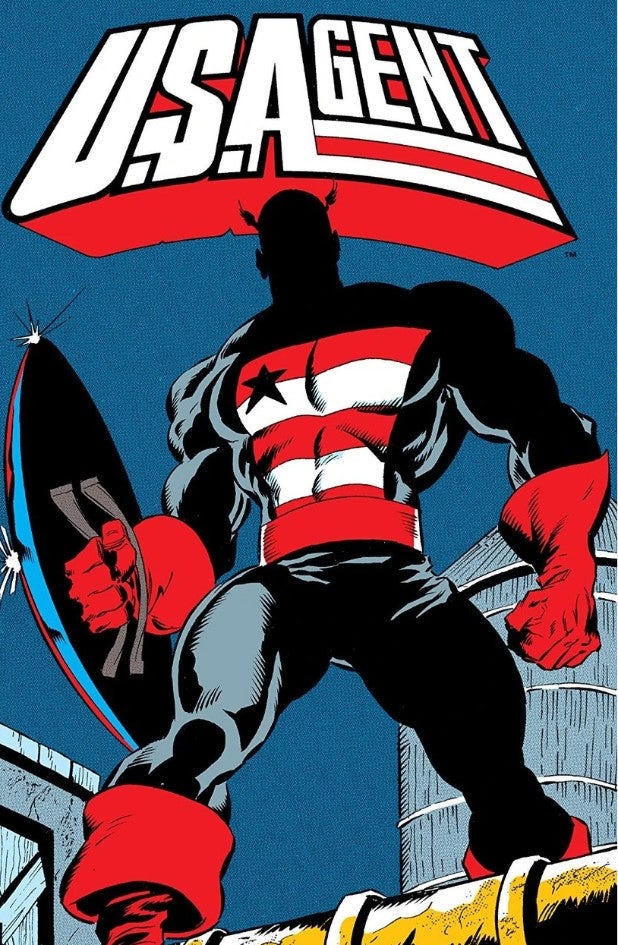 So how does all this comic history add up to Walker’s inclusion in “Falcon and the Winter Soldier”? That remains to be seen, since Walker, played by Wyatt Russell, showed up for all of 5 seconds at the end of the first episode. But according to Malcolm Spellman, head writer on the show, he’s going to be significantly different from the comic book version.

Whatever happens with Walker — or as he’ll eventually come to be known, U.S. Agent — we’re willing to bet that he’s not going to hand that shield back to Sam so easily.