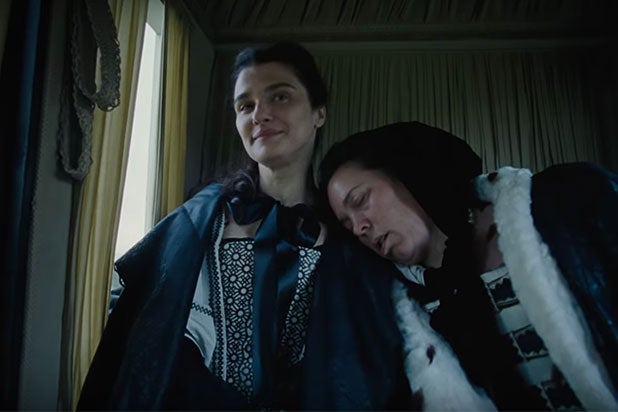 After dominating last year’s Oscars with “The Shape of Water” and “Three Billboards Outside Ebbing, Missouri,” Fox Searchlight is right back at it with “The Favourite,” which has earned the largest per screen average in nearly two years.

Also Read: Nicole Kidman, Colin Farrell Get a Visitor From Hell in New 'Killing of a Sacred Deer' Trailer (Video)

When ranked among all of Searchlight’s releases, “The Favourite” currently ranks third and, depending on Sunday’s numbers, could take the No. 2 spot from Best Picture winner “Birdman,” which started its 2014 run with a $106,000 per screen average. The top PSA for a Searchlight release belongs to “The Grand Budapest Hotel” with $202,000 in May 2014.

Written and directed by Lanthimos, “The Favourite” stars Olivia Colman in an Oscar-contending performance as a senile, gout-riddled Queen Anne. With Britain battling France in the War of the Spanish Succession, Anne clings to her close relationship with Sarah Churchill, the Duchess of Marlborough (Rachel Weisz), who uses her status as the Queen’s Favourite to achieve her political ends.

But Sarah’s relationship is put to the test when her cousin, Abigail (Emma Stone), arrives at court and rises quickly from a scullery maid to Sarah’s rival for the title of Favourite, leading the once innocent Abigail to do the unthinkable to keep her newfound power. Nicholas Hoult and Mark Gatiss also star in the film, which won the Grand Jury Prize at the Venice Film Festival and has a 95 percent score from critics on Rotten Tomatoes.

Also Read: 'The Lion King' Teaser Trailer Gets 224.6 Million Views in One Day

Also releasing this weekend is “Roma,” the acclaimed, Golden Lion-winning film from Alfonso Cuaron. Following a caretaker employed by a family in the richest neighborhood in Mexico City, “Roma” has received a limited theatrical release prior to its streaming release on Netflix on Dec. 14. But while several screenings at the Landmark in Los Angeles have been reported as sellouts, Netflix is not releasing box office returns for the weekend.

Another new release that did post numbers is “Shoplifters,” which hits the U.S. six months after winning the Palme D’Or at Cannes. Directed by acclaimed Japanese filmmaker Hirokazu Kore-eda, the film follows a rag-tag family of shoplifters bound by circumstance rather than blood, challenging societal definitions of what it really means to be a family. Released on five screens by Magnolia Pictures, the film grossed $88,000 for a per screen average of $17,600.

On the milestone front, National Geographic’s “Free Solo” is close to becoming the fourth documentary this year to earn $10 million, adding $496,000 to push its total to $9.6 million after nine weekends. Fox Searchlight’s “Can You Ever Forgive Me?” has hit $6 million after six weekends with $593,000 from 426 screens, while Amazon’s “Beautiful Boy” has hit $7 million after making $350,000 from 254  screens in its seventh weekend.