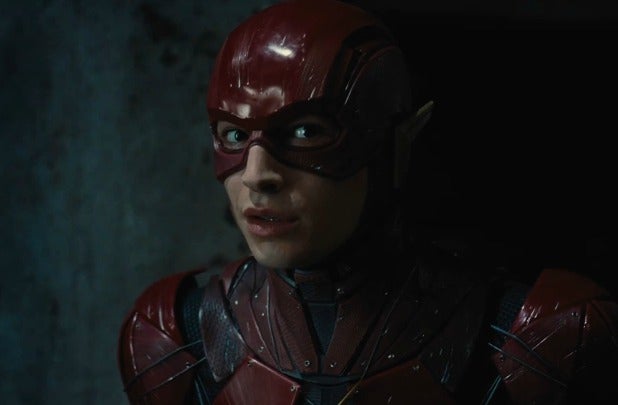 Ezra Miller, known for portraying The Flash, appears to choke and throw a woman at a bar in Reykjavik, Iceland, in a video posted on Twitter on Sunday night. A report in Variety, citing an individual at the establishment, Prikið Kaffihús, said that “this was a serious altercation at the bar, and that the man, whom they identify as Miller, was escorted off the premises.”

Miller is best known for playing the Scarlet Speedster in “Batman v Superman,” and “Justice League.” The video, which lasts about 7 seconds, apparently shows a man saying, “Oh, you wanna fight? That’s what you wanna do?” to the young woman before she is dropped to the floor. Another individual off camera, who recorded the video says, “Woah, bro. Bro,” and the abruptly stops shooting.  Variety also confirmed that “the incident took place around 6 p.m. on April 1 at Prikið Kaffihús, a trendy bar in central Reykjavik that Miller frequents when he is in town.” The fracas took place after the man in the video, identified as Miller, was confronted by a bunch of fans. After the altercation, staff at the venue escorted Miller off the premises.

Warner Bros. has dated its DC Comics solo “The Flash” movie, which would star Miller, for the summer of 2022 and will be released on July 1.

Representatives for Miller have not responded to TheWrap’s request for comment.