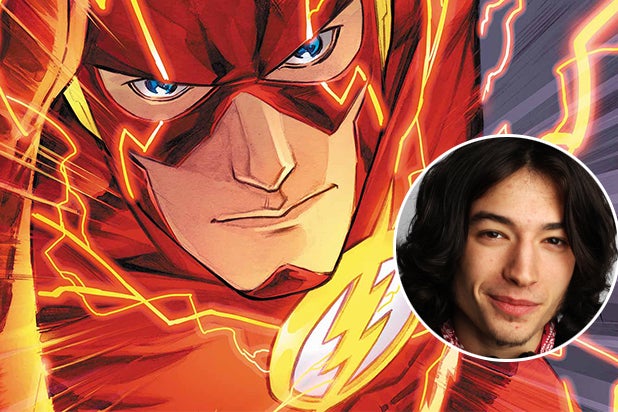 Well, that was fast. Six months after Seth Grahame-Smith signed on to direct “The Flash” for Warner Bros., he has exited the comic book movie due to “creative differences,” an individual familiar with the project has told TheWrap.

Grahame-Smith was poised to make his feature directorial debut with the superhero film, which will star Ezra Miller as speedster Barry Allen. Warner Bros. is said to be pleased with Grahame-Smith’s script, but ultimately wanted a more experienced filmmaker guiding the production.

Warner Bros. isn’t eager to take a big risk in the wake of fan backlash to Zack Snyder‘s “Batman v Superman: Dawn of Justice.” Many comic book fans have called for Snyder to be replaced on WB’s two “Justice League” movies, but with production already under way, that isn’t happening.

Instead, it’s Grahame-Smith with whom the studio is parting ways. The author of “Pride and Prejudice and Zombies” and “Abraham Lincoln: Vampire Hunter” is a key creative on the studio lot, having written “The Lego Batman Movie” and executive produced “The Lego Ninjago Movie.” He’s also co-writing and producing “Beetlejuice 2” and is involved with Stephen King‘s “It” and WB’s “Gremlins” reboot, so it’s not like he’s being kicked to the curb in Burbank.

The Flash was introduced in “Batman v Superman,” and the filmmakers had been testing leading ladies opposite Miller for the past several weeks. Charles Roven is producing the film, while Snyder is an executive producer.

Grahame-Smith’s resume as a director includes two episodes of the MTV comedy series “The Hard Times of RJ Berger,” which he also co-created.