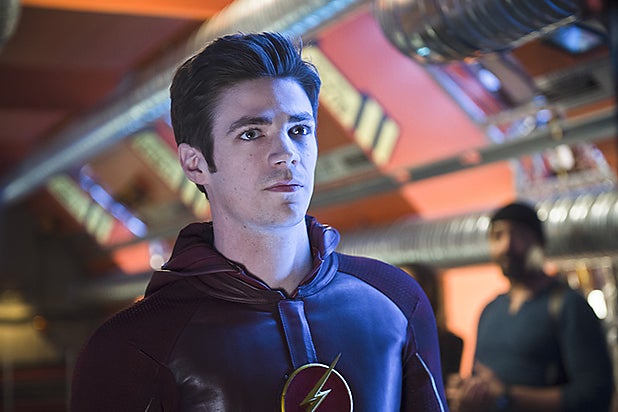 (Spoiler alert: Don’t read this if you haven’t seen “The Flash” Season 1 finale.)

All season long, “The Flash” has haunted and teased Barry Allen with the death of his mother, and ultimately, the potential to save her. In the season finale of the CW freshman drama, he finally got the chance to do just that.

But the DC superhero know as The Flash (Grant Gustin) made a surprising decision in the final moments of the show, choosing to let his mother be killed by Reverse Flash (Harrison Wells), who finally revealed the reason for the murder: He wanted to traumatize the kid who would grow up to be his ultimate nemesis in the future.

The episode was also capped off with a death that seems almost inevitable in retrospect. Eddie Thawne (Rick Cosnett) finally got the girl and got to be a hero — but it cost him his life. Knowing he’s the direct bloodline that would lead to Eobard Thawne in the future, he allowed a mortal wound to take its course, knowing his death would ensure the supervillain’s destruction as well.

Before his death, he and Iris West (Candice Patton) also reaffirmed their love and decision to be together, despite the revelation that she ends up being Iris West-Allen in the future. “Screw the future,” they said.

Despite Barry’s decision to leave the past and present as it is, all did not end well in Central City. Barry’s sprint through the particle accelerator could cause a singularity, it was theorized and, as it turned out, foreshadowed earlier in the episode.

The Flash raced off to attempt to stop the black hole from sucking up Central City and reality as they knew it, and the final moments also teased the “Legends of Tomorrow” spinoff series, with brief glimpses of Wentworth Miller as Captain Cold and Ciara Renee as Kendra Saunders, who will transform into the DC superhero Hawkgirl on the midseason team-up drama, looking up at their impending doom.