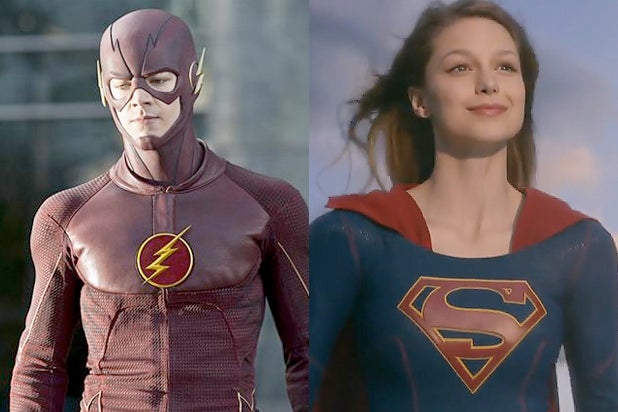 The long-rumored crossover between “The Flash” and “Supergirl” is officially a go, with Grant Gustin set to play speedster Barry Allen on an episode of the CBS superhero drama.

Gustin will appear in the “Supergirl” episode set to air on Monday, Mar. 28.

“We are so incredibly excited to announce something that we have dreamed of happening since we starting making ‘Supergirl’ – ‘The Flash’ and ‘Supergirl’ are teaming up!” said “The Flash” and “Supergirl” executive producers Greg Berlanti and Andrew Kreisberg in a statement. “We want to thank Grant Gustin for making the time to come visit (on top of his already immense workload) and all of the folks at CBS, The CW, Warner Bros. and DC for working this out. And finally thanks to the fans and journalists who have kept asking for this to happen. It is our pleasure and hope to create an episode worthy of everyone’s enthusiasm and support.”

Rumors and speculation on potential crossovers between CBS’ “Supergirl” and The CW’s DC superhero shows, which also include “Arrow” and “Legends of Tomorrow,” have swirled for months.

Most recently, CBS president Glenn Geller strongly hinted a crossover was in the works.

“I have to be really careful what I say here,” Geller said when asked by reporters during the Television Critics Association winter press tour. “Watch and wait and see what happens.”

“Supergirl” and “The Flash” already share a team of executive producers, with Berlanti, Kreisberg, Sarah Schechter and DC’s Geoff Johns behind both shows.

Rachel Bloom, "Crazy Ex-Girlfriend"
The former YouTube star sang and danced her way to being one of the most successful transitions from social media to become The CW's latest star. A Golden Globe nomination later, and Bloom's breakout status was cemented.