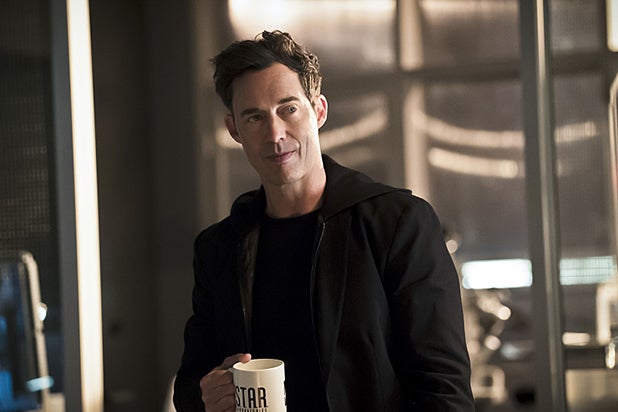 Tom Cavanagh will return as a series regular for Season 3 of “The Flash,” leading to speculation about whether The CW superhero drama will do the famous comic book storyline called Flashpoint.

In the Season 2 finale, after Barry (Grant Gustin) lost his father and defeated the season’s big bad, Zoom (Teddy Sears), he decided to reverse the decision he made in the Season 1 finale and go back in time to stop Reverse-Flash (Cavanagh) from killing his mother when he was young.

This set off alarm bells for hardcore DC comic book fans, who immediately recognized this action from the super speedster as one in which an altered timeline is created, wherein most heroes are villains and there’s a twist to every familiar character.

Cavanagh’s confirmed return would seem to give some credence to the speculations, as he could come back to play the original version of Harrison Wells, one who hadn’t been murdered and impersonated by Season 1’s super-villain.

Plus, his Earth 2 doppelganger, Harry, is still around despite returning to his own home in the season finale, and could pop in for support as multiple universes across The CW’s DC franchise becomes more and more normalized.

Barry’s decision is one that should have ramifications across all The CW DC shows, including “Arrow,” “Legends of Tomorrow” and potentially even “Supergirl” as it moves networks for its season season.

“The Flash” returns for Season 3 in October on The CW.