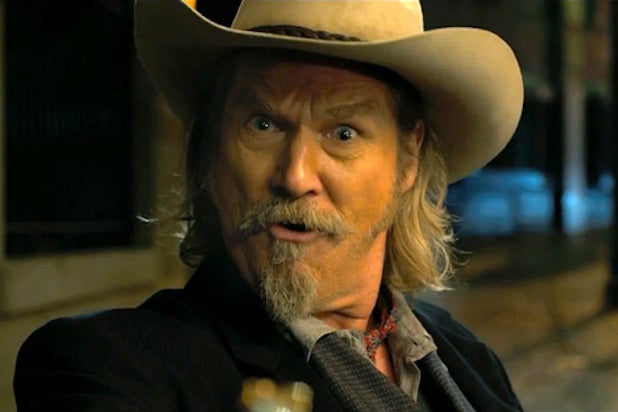 “The Giver” star Jeff Bridges, a.k.a. The Dude, will not be launching a campaign to become a United States senator because Facebook told him to.

The actor addressed a social media group, with over 3,600 supporters, called “Jeff Bridges for Montana U.S. Senator” during an interview on “The Howard Stern Show.”

While Bridges seemed somewhat flattered over the “Montana citizen’s movement to draft Jeff Bridges,” his wife, Susan Geston, was not in any mood to consider politics.

“I looked down and I see this thing ‘Jeff Bridges for Senator’ and I said, ‘What?'” the actor said on the SiriusXM Radio show on Monday. “There’s a group of people that have called in and want me to run for senator of Montana, like 1,000 people, and I said, ‘Sue?’ And she looks at me and says, ‘Don’t even think about it.'”

The call to action arrived after Sen. Jon Walsh (D-MT), an Iraq war veteran and former adjutant general of Montana’s National Guard, dropped out of the race after the New York Times reported he plagiarized “at least a quarter” of his thesis paper required to graduate with a master’s degree from the United States Army War College.

See video: Angelina Jolie on a Future in Politics: ‘If I Thought I’d Be Effective, I Would’

“He’s the only candidate where you could post photos of him naked, smoking pot and it wouldn’t affect him,” Pratt told the Bozeman Daily Chronicle.