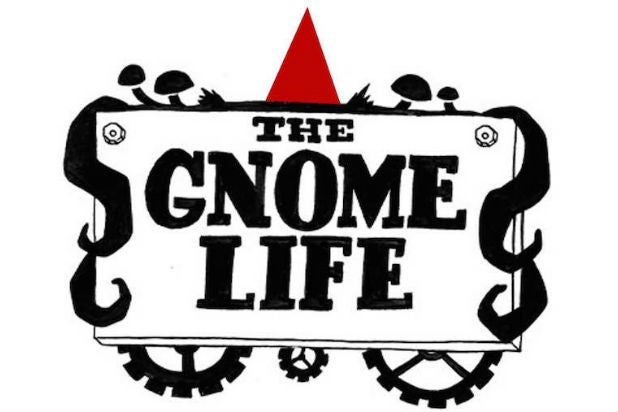 Rolling out new movies, episodic series, games and virtual reality content, the ambitious brand is being specifically geared toward a diverse audience.

“The reality is this space is dominated by white, straight male voices,” said Anthony Kaan, general manager and head of content programming at Big Boots. “We wanted to have a different vision,” he told TheWrap during a recent interview, adding, “Diversity means everything from ethnic background to sexuality to featuring more women and giving voice to more people who don’t typically have a voice in this space.”

The Gnome Life, also devised by Big Boots’ president and CCO Roger Mincheff, will launch as a geek and fantasy culture site, too.

“There’s a resistance to having female artists and illustrators be part of the community, particularly gaming,” said Kaan, whose company is based in Beverly Hills, Calif. “We want to be a place that pushes against those undercurrents.”

The first phase of content to be released for The Gnome Life is based on a wholly owned library of more than 16 graphic novel titles. Its genre-bending content spans horror, fantasy, wizardry, deals with the devil, conspiracy theories, rock ‘n’ roll and martial arts. The titles include “The Proximity Effect,” which is graphic novel publisher Top Cow’s biggest selling original novel of all time.

New projects are also being developed and produced with outside indie content creators.

Content will initially be distributed through a branded YouTube channel and will spread in scope across other media and platforms from there. A casual gaming app for iOS called “The Gnome Life” is already in production, as well as several Video Enhanced Graphic Novels (VEGNs).

In other words, The Gnome Life represents a whole new world of fantasy entertainment for fans to geek out on.

“Our content will mirror our audience: diverse, fearless and original as f—,” Kaan said in Tuesday’s official announcement for The Gnome Life.

Big Boots’ six-picture deal with Alqur will kick off with a co-production of “State of Ward,” about a corrupt undercover cop seeking redemption. The live action short film is in production now in Los Angeles for a Q1 2017 release.

The second project, “eV,” will be released as a live-action feature film.

Big Boots and Alqur’s finance partner, Accretion Capital, is also exploring joint corporate acquisitions over the next 18 months in the digital and entertainment space.

“While I believe Alqur has an ability to tell great stories, partnering with a studio like Big Boots puts us on the leading edge of innovation in digital entertainment and allows us to reach audiences in the places and ways they consume content today,” Eduardo Burillo, head of Alqur Studios said in a statement.

Also Read: 16 Stars Who Went to Comic-Con in Disguise, From Justin Timberlake to Henry Cavill (Photos)

“We take a holistic approach to content,” Kaan told TheWrap. “In this day and age, you can’t be beholden to one format. You have to be platform agnostic. The audience follows the story; they don’t generally follow one specific medium.”

Big Boots touts itself as the first studio dedicated to creating entertainment and social media content rooted in the digital space that brings together content creators and consumers in an open exchange of creativity, information and commerce.

Big Boots, founded in January 2016 by Mincheff and Kaan, recently acquired a considerable library of code, mobile platforms and apps from the award-winning developer MEDL Mobile, along with mobile gaming apps. The company has also signed deals with sports stars and known artists to create proprietary engagement platforms.

Over the next 36 months, Big Boots has premium engagement platform launching with major media partners across entertainment, sports, gaming and music.

“Over the next couple of months, more announcements will highlight our desire for more diversity and to do content in a way that hasn’t been done before,” said Kaan.