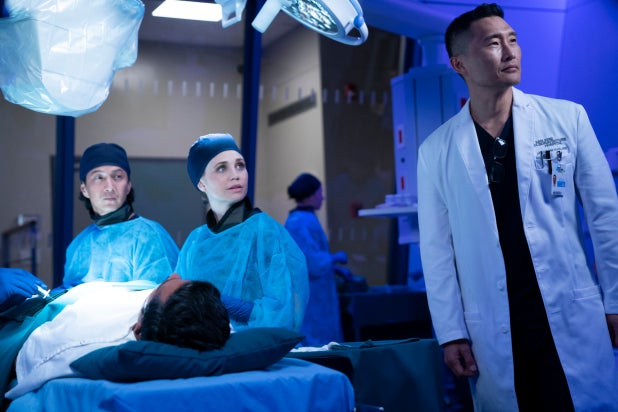 Daniel Dae Kim has booked his first TV role since leaving CBS’ “Hawaii Five-0,” and it’s a return to a familiar network.

Kim is also an executive producer on the medical drama.

Kim, along with his “Hawaii Five-0” co-star Grace Park, left the CBS procedural in 2017 after they were unhappy with contract negotiations. Since then, Kim has filmed a pair of movies — Lionsgate’s “Hellboy” reboot and the comedy “Always Be My Maybe” — that will be released this year. He recently lent his voice to the Japanese animated film “Mirai.”

ABC viewers, however, will remember Kim for his role on “Lost,” where he starred as Jin-Soo Kwon for the show’s entire six-season run.

“As a fan of our show, I’m thrilled to be doing a guest arc with such a talented, kind and hard-working cast. David and I have been looking for the right opportunity and we’ve found a character that’s both dynamic and surprising. It’s an added bonus for my character to be directed by our own Freddie Highmore, who’s proving to be as talented behind the camera as in front of it. it’s been a lot of fun already and I’m excited for the episodes to air.”