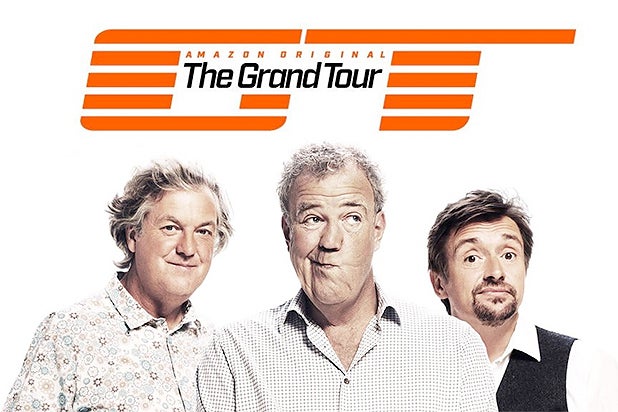 We already knew that “The Grand Tour” debuted as Amazon’s top-watched original series to-date, but now we have a pretty good snapshot of just how badly it beat “The Man in the High Castle.”

The former “Top Gear” guys’ new show more than tripled the opening weekend viewership of the revisionist history drama, which previously held Amazon’s record. Per measurement company Symphony Advanced Media, the highly anticipated “The Grand Tour” premiere earned 1.954 million viewers 18-49, the age range coveted by advertisers. Those numbers are inclusive of three days worth of delayed viewing, like all in this post.

Comparatively, the first episode of “MITHC” premiered to 637,000 viewers, according to Symphony AM. That total is more than double Amazon’s now third-biggest original series, “Catastrophe” (274,000 debut demo viewers). Keep in mind, the “Top Gear” alums had a built-in audience, so this wasn’t a typical new series launch.

Of course, Amazon’s internal viewership numbers would be better to have, but the streaming company’s not coughing those up. Symphony utilizes audio recognition software and a panelist’s cell phone microphone to count up tune-in. The Silicon Valley-based measurement company considers its TV Ratings to be stable after eight days of compiling data, though Netflix’s Ted Sarandos has disagreed in the past.

The series stars Jeremy Clarkson, Richard Hammond and James May doing what they do best — traveling the world and discussing anything and everything car-related. Clarkson, who is known for being impulsive and outspoken, got into hot water at “Top Gear” after he punched a producer; he later apologized for the incident and settled a lawsuit over the matter.

“The Grand Tour” is releasing one episode at a time, unlike many streaming shows. Further episodes will be released weekly over the next 11 weeks for Prime members in the U.S., U.K., Germany, Austria and Japan, and the show will premiere worldwide for Amazon customers in over 200 countries and territories in December.