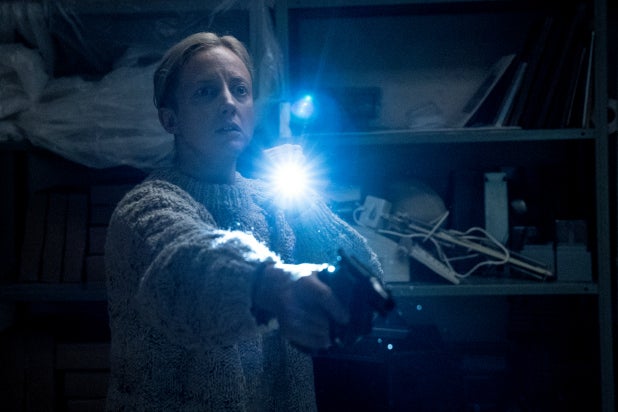 Sony/Screen Gems’ “The Grudge” has now joined an infamous list of movies by becoming the 20th film to receive an F in the CinemaScore audience poll.

Directed by Nicolas Pesce and produced by horror maven Sam Raimi, the film was an attempt to revive Takashi Shimizu’s famed horror series about the vengeful ghost of a woman who kills anyone who enters the home where she was murdered and spreads her curse to the various murder scenes. First released in 2002, Shimizu directed an American remake for Sony in 2004, the events of which occur alongside this new film starring Andrea Riseborough, Demián Bichir, John Cho and Betty Gilpin.

But the film’s violent nature and inability to add anything new to the “Grudge” formula has resulted in it being panned by both audiences and critics. In addition to the F on CinemaScore, Postrak reports a dismal 0.5/5 while critics have given the film a 15% score on Rotten Tomatoes.

Created in 1979, the CinemaScore polling system did not yield an F until the release of the 1999 thriller “Eye of the Beholder.” Since then, 19 more films have received that failing grade. While some have come from frequently panned filmmakers like Jason Friedberg and Aaron Seltzer’s “Disaster Movie,” others have come from award-winning filmmakers, including Jane Campion’s “In the Cut,” Robert Altman’s “Dr. T and the Women,” and Steven Soderbergh’s remake of Andrei Tarkovsky “Solaris,” which received positive reviews from Roger Ebert and other critics.

“The Grudge” is the first traditional horror film to receive an “F” since the 2012 occult film “The Devil Inside,” and the first film of any kind to flunk since Darren Aronofsky’s Jennifer Lawrence-starrer, “mother!” which was released in September 2017. “The Grudge” is currently estimated to open to $11 million this weekend against a reported $10 million budget, having grossed $5.35 million on Friday from 2,025 screens.