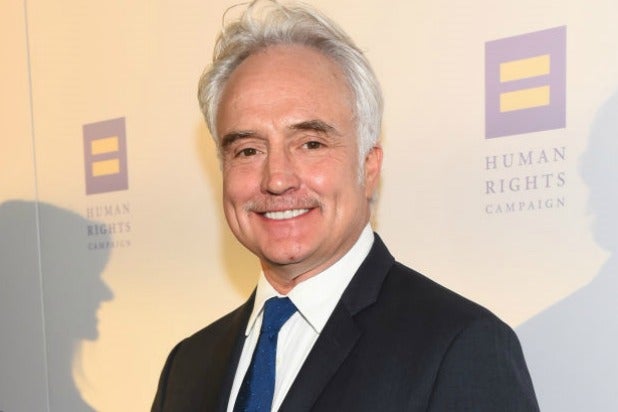 Bradley Whitford is headed to Gilead.

The “West Wing” alum has been added as a major recurring character for Season 2 of “The Handmaid’s Tale,” TheWrap confirmed.

Whitford will take on the role of Commander Joseph Lawrence, the architect of Gilead’s economy. The character is described as gruff, intimidating and has a disheveled mad genius vibe. His sly humor and flashes of kindness make him a confusing, mysterious presence for his newest Handmaid.

Season 2 of the Emmy and Golden Globe-winning series will center around Offred’s (Elisabeth Moss) pregnancy and her ongoing fight to free her future child from the dystopian horrors of Gilead, according to the season’s official description. “Gilead is within you” is a favorite saying of Aunt Lydia (Ann Dowd), and Hulu promises that this season everyone will fight against — or succumb to — this dark truth.

“The Handmaid’s Tale” comes to Hulu from MGM Television and is created, executive produced and written by Bruce Miller. The series is executive produced by Moss, Daniel Wilson, Fran Sears, and Ilene Chaiken. MGM serves as the international distributor for the series.

Also Read: 'Get Out' and 'Call Me by Your Name' Win 2018 Writers Guild Awards

Season 2 of “The Handmaid’s Tale” will premiere with two new episodes on April 25, with subsequent episodes released every Wednesday, on Hulu.