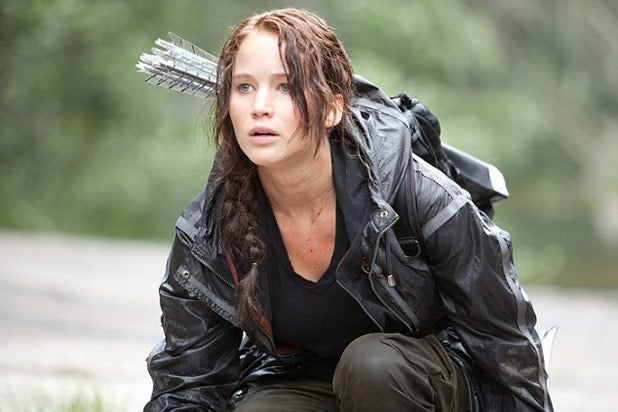 “The Hunger Games” author Suzanne Collins is working on a prequel to her beloved young adult, dystopian novels, Scholastic announced Monday. Lionsgate, the studio behind the Jennifer Lawrence-led franchise of films, is in talks to develop the book as a movie, an individual with knowledge also told TheWrap.

Scholastic has acquired worldwide English rights to the novel Collins is writing, “Untitled Panem Novel,” which is set for release on May 19, 2020. The story will be set 64 years before the events of “The Hunger Games” on the morning of the reaping of the 10th annual Hunger Games.

The four “Hunger Games” films have grossed $2.9 billion at the worldwide box office. Lionsgate has also licensed the film for theme parks and live concert tours, and a prequel movie has always been a possibility.

“With this book, I wanted to explore the state of nature, who we are, and what we perceive is required for our survival. The reconstruction period 10 years after the war, commonly referred to as the Dark Days — as the country of Panem struggles back to its feet — provides fertile ground for characters to grapple with these questions and thereby define their views of humanity,” Collins said in a statement.

“Suzanne Collins is a master at combining brilliant storytelling, superb world building, breathtaking suspense, and social commentary,” Ellie Berger, president of Scholastic Trade said in a statement. “We are absolutely thrilled — as both readers and publishers — to introduce the devoted fans of the series and a new audience to an entirely new perspective on this modern classic.”

“As the proud home of the ‘Hunger Games’ movies, we can hardly wait for Suzanne’s next book to be published. We’ve been communicating with her during the writing process and we look forward to continuing to work closely with her on the movie,” Joe Drake, chairman of the Lionsgate Motion Picture Group, said in a statement.

“The Hunger Games” movies, which starred Jennifer Lawrence alongside Elizabeth Banks, Woody Harrelson, Stanley Tucci, Liam Hemsworth, Josh Hutcherson and Donald Sutherland, told the story of a dystopian society where teenagers were chosen at random to fight to the death in a televised spectacle. In the first of the four films and three novels, Lawrence’s Katniss Everdeen volunteers in the place of her younger sister and becomes a freedom fighter and symbol for the resistance against the oppressive Panem government.

“Untitled Panem Novel” will be published simultaneously in print, digital and audio formats by Scholastic in the US, Canada, the UK and Ireland, Australia, and New Zealand. The deal was negotiated by Rosemary Stimola of the Stimola Literary Studio for Suzanne Collins and David Levithan, VP, Publisher and Editorial Director, for Scholastic.