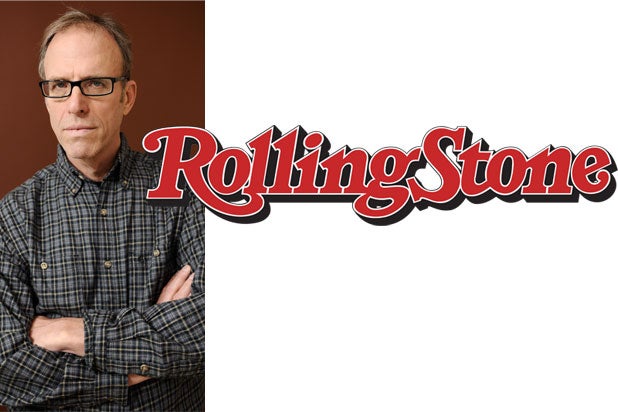 The media is aflame with Rolling Stone’s retraction of their UVA rape story, but at least one advocate of campus rape awareness is hoping the focus will move quickly beyond this one case.

“I don’t think anyone disputes that [there were issues with the reporting],” Kirby Dick, director of the campus rape 2015 documentary “The Hunting Ground,” told TheWrap. “But we have to keep the bigger story in perspective. This is one story on one campus. The degree to which we focus on this one story, we run the risk of losing sight of the bigger story, which is across the country.”

Dick’s film chronicled the struggles of rape victims on various college campuses, including Harvard and the University of North Carolina, and he’s wary that people may be focusing on the wrong thing when discussing the recent Rolling Stone debacle.

The magazine abdicated its journalistic responsibility and failed at almost all levels when it published its erroneous 9,000 word “A Rape on Campus” story in November, an external review published by Columbia Journalism Dean Steve Coll found on Sunday.

In conjunction with the review, Rolling Stone has decided to retract the story, pulling it down from its website and replacing it with the Columbia Review of its reporting, a fairly unprecedented measure in the digital media era.

Dick spoke to TheWrap about whether he ever came across Rolling Stone’s Jackie’s story in his research on the topic, and whether the magazine’s retraction will set back the issue of reporting and preventing campus rapes.

Sharon Waxman: How will the Rolling Stone retraction impact the problem of rape on campus?
Kirby Dick: We have to acknowledge that there were definite problems with the reporting; I don’t think anyone disputes that. But we have to keep the bigger story in perspective. This is one story on one campus.

The degree to which we focus on this one story, we run the risk of losing sight of the bigger story, which is across the country.

Also Read: ‘The Hunting Ground’ Review: A Timely and Thorough Look at the College Rape Crisis

But isn’t that exactly the problem? They lost sight of the particulars in the service of the larger cause?
It’s hard to speculate why they didn’t do reporting they should have done. Over the last several years there’s been dozens and dozens of great reporting on this, from The New York Times, quite a few other outlets. Even in terms of reporting on this, it’s very anomalous. It happened, it’s a problem, it was exposed, that’s good.

This whole story broke six months ago … It’s good that Columbia did their review, but the country is already moving on and getting back to focus on real story — that it’s a problem. We as a society have to address it.

You can’t help but think that people looking for reasons have been given ammunition?
In terms of false reporting, we don’t even know to what extent this report was false. There’s not enough information. We do have to keep in mind that false reporting of sexual assault is in the two-to-eight-percent range, that has been established by multiple studies. People have to realize that the vast majority of sexual assaults are true.

On average 19 out of 20 are true. For the people saying, “We can’t trust reports of sexual assault” – no, studies have confirmed over and over, they’re highly trustworthy in almost all cases.

Do you think this girl was telling the truth?
I have no way of knowing. The only thing I know, we did some research into UVA and we were hearing of significant problems from people over decades.

We didn’t look deeply into these. I was contacted by several people who’d been assaulted, and maybe it’s changing. I think UVA, like all schools, has a long way to go. We have heard of problems at that school for some time. Is it worse than other schools? I don’t know. We’ve heard of these problems at almost all the schools we’ve looked at.

Where do we stand with this issue of campus rape right now?
I think the last number I read was there are up to 106 schools under investigation. What I’m sensing is that people are becoming more and more aware that this is a problem. I know that people in higher education are much more focused on this issue than they were even a few years ago, so that’s a good first step. They do have a long way to go. I’d like to see a college president stepping forward saying, “We have a problem, we’ve had a problem for decades, I intend to solve this problem and you can hold me accountable for that. I will put resources and personnel toward that problem.”

And it would be great if they apologized for the decades of mishandling cases on their campus. When you see that kind of leadership you’d believe tings are starting to change. And also another problem is cover up. Transparency is critically important right now.

Anonymous surveys of the student body is one way to go. And those numbers have to be made public.

Did you come across Jackie’s story in your research?
We were not aware of Jackie’s story at all. We did some investigation. We never went to the campus.

When you read the story in Rolling Stone, what was your reaction?
I will say the story itself seemed shocking, but we have heard other stories where people were convicted of gang rape. In fact, there was a recent case of gang rape at Vanderbilt in which two men were convicted, so there is no question that gang rapes do happen on college campuses.

What about the rape shaming culture in society today?
As a journalist you have to question everything that comes your way. It can be very difficult for people to go to the police. And when they do go to the police, they are often shamed, or the investigation isn’t done properly. And even if done properly, the prosecutor could not take the case forward.

The idea that the police will solve this is not enough. We think it’s great when people go to the police. But it’s really up to each individual survivor. It’s hard to know exactly their circumstances.

On the whole, do you think the Rolling Stone story will set back the cause of addressing campus rape?
I think there’s a lot of focus on it. But I have a feeling the country is moving beyond this, and it should. We as a country know that it’s time to focus on the bigger problem.