That’s the provocative but compelling argument made by “The Hunting Ground,” a timely, thorough and truly inspiring documentary about the financial and marketing imperatives that lead academic institutions to deny their students safety and justice. A worthy follow-up to “The Invisible War,” director Kirby Dick and producer Amy Ziering’s Oscar-nominated exposé of rape in the military, “The Hunting Ground” also follows the rise of an organized network of young, self-taught activists who recruited the federal government in their legal campaign against their schools’ complacency toward — or outright cover-ups of — sexual violence.

See Video: HBO’s Scientology Documentary ‘Going Clear’ Trailer: ‘They Sell It All in the Beginning as Something Quite Logical’ (Video)

Sixteen to 20 percent of undergraduate women, as well as an unknown number of male students, are sexually assaulted in college. “The Hunting Ground” provides names, faces and harrowing first-person accounts to flesh out those statistics. Just as importantly, the film builds an extremely persuasive case, via interviews with former deans, professors, and security officers, for why those pandemic-level figures haven’t gone down in the decades since schools went co-ed.

Accurately reporting incidents of rape will impact a school’s standing and fundraising abilities — a fact that Kirby all-too-often illustrates by juxtaposing the realities of campus sexual violence with lofty speeches by university administrators — and thus survivors find themselves silenced, victim-blamed, and dissuaded from reporting incidents to the police by (frequently female) administrators. “Why didn’t you fight him?” one Harvard law student whose drink was drugged was asked. “I just want to make sure above all else [that] you don’t talk to anyone about this,” she recalls being told by her Dean of Students. 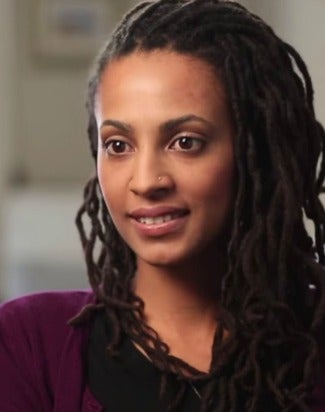 “The Hunting Ground” also exhaustively debunks the prevalence of false rape reports while detailing the other barriers to justice. In the atypical instance where a college actually takes action against a rapist, his punishment might just be a fine of $25. And, of course, the odds are stacked even higher against women who happen to be assaulted by men who bring money to the school — say, a well-connected fraternity member who could be counted on for future alumni donations, or a nationally recognized athlete like Jameis Winston, whose case is discussed here and who is the only accused rapist to be named in the film.

Meanwhile, aggressors who discover that they can get away with acts of sexual violence will continue to victimize more women, asserts a former serial offender, whose face is blurred by the filmmakers.

And yet “The Hunting Ground” isn’t just a depress-a-thon. Among the several incredibly brave women who have lent their stories and identities to the documentary are Annie Clark and Andrea Pino, two University of North Carolina grads who taught themselves how to file legal briefs and eventually got the Department of Education to threaten a withdrawal of public funding unless sexual-assault allegations were handled appropriately by the school. (Clark and Pino’s suit is based on the argument that allowing rapists to remain on campus creates a hostile educational situation for survivors.)

Their legal tactic has been employed by other activists dozens of times since, eventually resulting in a highly publicized investigation, spearheaded by the White House last fall, into nearly a hundred colleges and universities for similar wrongdoing.

But what is a college’s “appropriate” response to an allegation of rape? There’s a wide gulf between expulsion and imprisonment, after all. And in a legal landscape where only 20 percent of sexual-assault cases are actually prosecuted (and even fewer convicted), what are victims’ real recourse to justice? Unlike “The Invisible War,” which was refreshingly full of wise policy suggestions, this occasionally repetitive outing frustratingly elides such necessary conclusions, even those that might only be applied to college administrations.

Still, there’s no denying that “The Hunting Ground” is an urgent and much-needed puncturing of the myth that our institutions of higher learning are havens of knowledge and security that have only their students’ best interests in mind. And they never have been, as, sadly, millions of women today can attest.