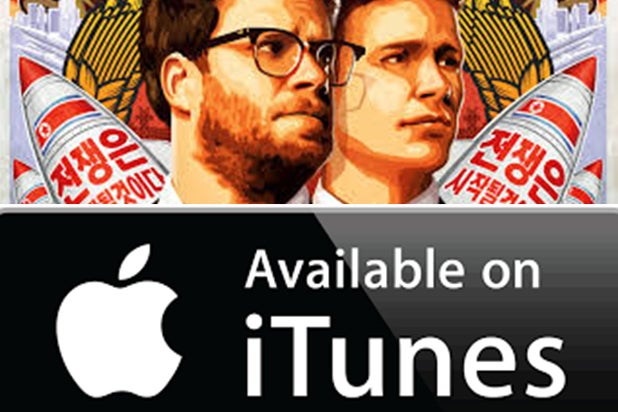 It took a few days, but Sony’s “The Interview” is now available on iTunes.

“We’re pleased to offer ‘The Interview’ for rental or purchase on the iTunes store,” Apple announced Sunday. Users can rent the film for $5.99 or purchase it for $14.99.

The Seth Rogen-James Franco comedy at the center of the Sony hacking scandal became available at 1 p.m. ET — a full four days after it was digitally distributed on YouTube Movies, Xbox Video, Google Play and Sony’s seetheinterview.com.

The film dominated the news when Sony reversed an earlier decision to scrap its release after hackers threatened 9/11-style attacks at theaters showing the controversial comedy.

The studio opened the film on Christmas day in 331 independent theaters, after major theater chains steered clear because it was offered online in the first day-and-date digital release of a major studio film.

“The Interview,” about two journalists enlisted to assassinate North Korean leader Kim Jong-un, finished the four days with a $2.8 million box-office total. Sony has yet to report any returns from the film’s online release.