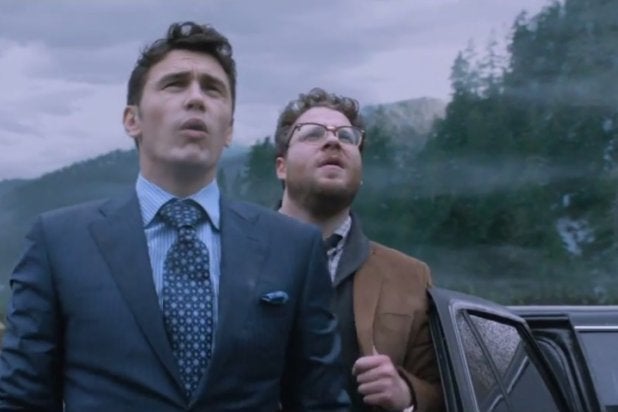 Seth Rogen and James Franco‘s upcoming comedy “The Interview” is, apparently, being considered an “act of war” by North Korea.

The Associated Press reports an unidentified spokesman for North Korea’s Foreign Ministry warned of “stern” and “merciless” retaliation on Wednesday, unless the U.S. government blocks the release of the R-rated romp about a TV host landing an interview with Kim Jong-un and then being asked by the CIA to assassinate him.

See video: James Franco and Seth Rogen Are Going to Take Out Kim Jong-Un in ‘The Interview’ Trailer

The spokesman said the film’s Oct. 2 release date would be considered an “act of war that we will never tolerate.”

A different spokesman for the communist country previously slammed “The Interview” by stating it was “desperation of the US government and American society,” but suggested the dictator would probably still watch it.

Also read: The Secret to Seth Rogen’s Success: Make it Cheap, Make it Dirty and Ignore the Studio