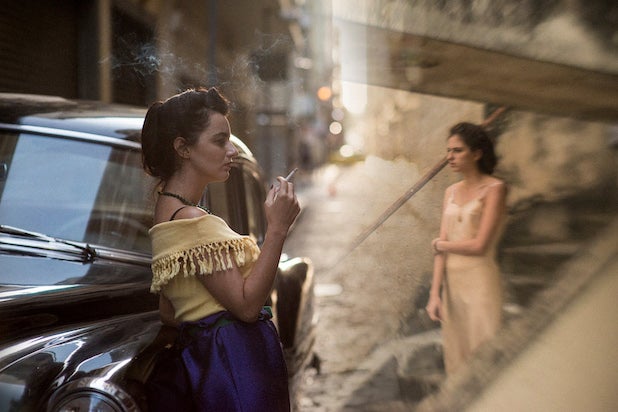 "The Invisible Life of Euridice Gusmao"

Karim Ainouz’s “The Invisible Life of Euridice Gusmao” has been named the best film in the Un Certain Regard section at the 2019 Cannes Film Festival, a jury headed by director Nadine Labaki announced on Friday.

The Brazilian family drama was adapted from a decades-spanning novel by Martha Batalha but focuses on the 1950s, when the status of women in Brazilian society was undergoing change. It deals with two women who cause family upheaval by challenging the patriarchy.

Other awards in the Un Certain Regard section were Oliver Laxe’s “The Fire Will Come,” Jury Prize; Kantemir Balagov for “Beanpole,” Best Director; Chiara Mastroianni for “On a Magical Night,” Best Performance; and Michael Angelo Covino’s “The Climb” and Monia Chokri’s “A Brother’s Love,” Un Certain Regard Heart Prize.

The Palme d’Or and other awards for Cannes’ main competition will be handed out on Saturday evening.