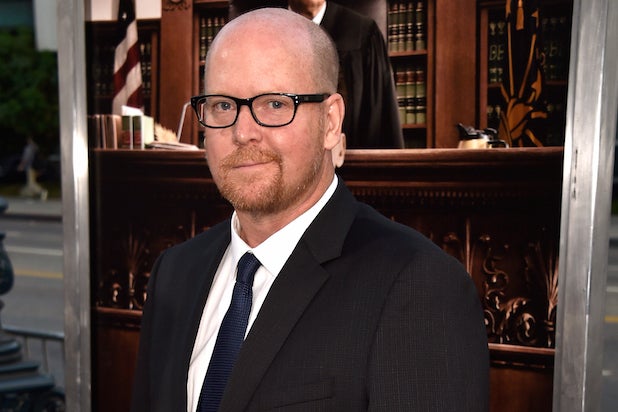 Ruben Fleischer (“Zombieland”) is attached to direct the film, which will follow Leo Sharp, an award-winning horticulturist who secretly spent years working as one of the most trusted drug courier for Mexico’s powerful Sinaloa cartel. Sharp was 87 when he was arrested in 2011 for transporting hundreds of kilos of cocaine to drug dealers in and around Detroit.

Bungalow’s Robert Friedman and Dennis Kim will executive produce, while Imperative’s Justin Levy and Jillian Apfelbaum will serve as co-producers. Apfelbaum, who co-produced “Black Dynamite,” brought the project into Imperative last fall after the NY Times Magazine published the story in June.

Schenk is currently adapting “Taped” for Sony Pictures and Red Wagon, based on the Netherlands film about a young couple who accidentally record a murder awhile on vacation. He’s also writing “One Night on the Hudson” for Universal and Mary Parent‘s Disruption Entertainment. Seth Gordon will direct the comedy, which has Jason Sudeikis and Charlie Day attached to star.

Prior to writing “The Judge” for Warner Bros. and producer Robert Downey Jr., Schenk wrote Clint Eastwood‘s “Gran Torino,” which was honored as the best original screenplay by the National Board of Review in 2008. He’s represented by CAA, Madhouse Entertainment and attorney Stephen Clark.