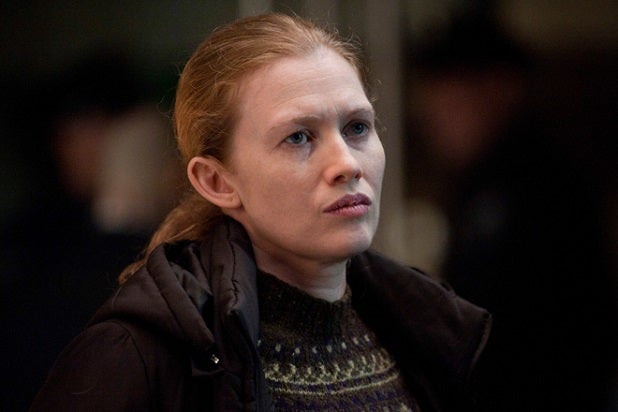 “The Killing” is once again dead at AMC.

The cable network has canceled the crime drama again, calling the latest cancellation a “difficult decision.”

Also read: ‘The Killing’ Reviews: Should It Have Stayed Dead?

“We have made the difficult decision not to move forward with a fourth season of ‘The Killing,'” AMC said in a statement Tuesday. “We want to thank our great partners at Fox Television Studios, creator Veena Sud, an extraordinary cast and the dedicated fans who watched.”

The series was canceled after its second season, but was later revived via a deal between Netflix and AMC. The third season premiered in May.

In  its own statement, Fox Television Studios said it was “extremely proud” of the series, and was “immensely grateful” to those involved in the series.

“Fox Television Studios is extremely proud of all three seasons of ‘The Killing.’ We’re especially gratified to have orchestrated a unique deal with AMC for season three that included a bold partnership with Netflix. While we would have loved to produce a fourth season for AMC, FTVS is immensely grateful to everyone involved with this moving series: our brilliant cast, led by Mireille Enos, Joel Kinnaman and season three’s Peter Sarsgaard, our stellar executive producer, Veena Sud, a remarkable writing and producing team, and a tireless, dedicated crew,” the company said. “Most of all, FTVS thanks the terrific fans of ‘The Killing,’ who communicated their appreciation for the show throughout its run.”