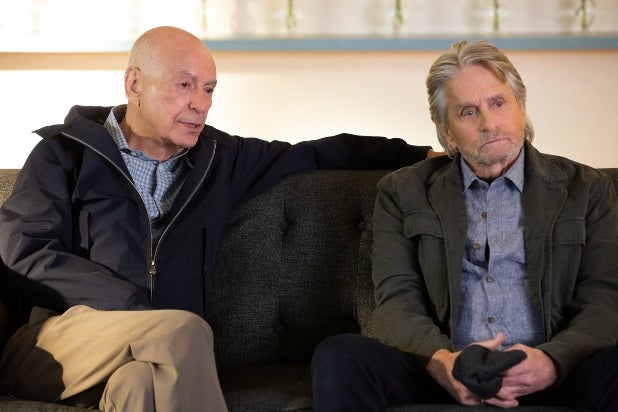 Netflix has renewed “The Kominsky Method” for a third and final season.

“The Kominsky Method has been a true passion project for me and it’s been an incredible experience to see the warm response from both audiences and critics. I’m excited to wrap up the story with this final chapter,” Lorre said.

The half-hour single-camera comedy is created by Lorre, an eight-time Emmy nominee and creator of “The Big Bang Theory” and “Two and a Half Men.”

Also Read: Netflix Picks Up Aaron Sorkin's 'The Trial of the Chicago 7' From Paramount

No premiere date has been set yet for season three. Season two premiered in October 2019.

Douglas is known for roles in classic films like “Fatal Attraction,” “Basic Instinct” and “Wall Street.” He also played Dr. Hank Pym in “Avengers: End Game” and “Ant-Man” as well as “Ant-Man and the Wasp.”

Arkin is known for “Argo,” “Little Miss Sunshine,” and “Edward Scissorhands,” among other films.