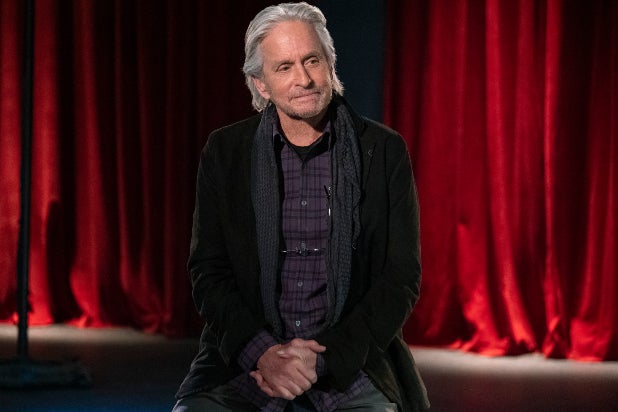 Netflix will premiere the third and final season of comedy “The Kominsky Method” on Friday, May 28, the streaming service said on Wednesday. As previously reported, Michael Douglas’ co-star Alan Arkin will not be returning for this one.

In the six-episode Season 3, Sandy Kominsky (Douglas) has to navigate what aging looks like without his longtime friend and agent Norman Newlander (Arkin) by his side, the final season’s logline begins. Life only becomes more complicated with the arrival of Sandy’s ex-wife Roz Volander (Kathleen Turner).

The pair’s famously volatile relationship is further inflamed when she comes to Los Angeles to spend time with their daughter Mindy (Sarah Baker) and her boyfriend Martin (Paul Reiser), the description continues. This season of “The Kominsky Method” deals with money, death, love, murder, and dreams coming true.

Lisa Edelstein, Emily Osment, Graham Rogers and Haley Joel Osment are all set to reprise their guest-starring roles on Season 3.

Lorre is the nine-time Emmy nominee and creator of “The Big Bang Theory” and “Two and a Half Men.”

Also Read: 'She's All That' Remake Lands at Netflix

Arkin’s exit was planned well before the media caught wind of it last September, an individual with knowledge of the plan told TheWrap back then. The exit will be addressed in Season 3.

“The Kominsky Method” is the second Chuck Lorre-produced sitcom to lose one of its co-stars for this television season. Earlier in September, CBS announced “Mom” star Anna Faris would be leaving the show ahead of its eighth season, which is also now its own final season.