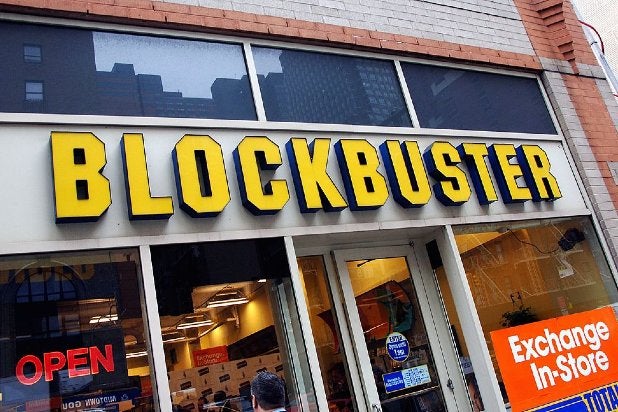 Like many funerals, “The Last Blockbuster” is both a celebration of life and a time to mourn a lost loved one.

The Netflix-streaming documentary delves into the macroeconomic forces that spelled doom for Blockbuster Video and why the rise of Netflix wasn’t the nail in the coffin so many assume it was.

It also illustrates the formula store manager Sandi Harding uses daily in Bend, Oregon, to keep the gears turning in the last Blockbuster on earth, serving as a model for how a like-minded entrepreneurial spirit could similarly cash in. It even ponders the intimate experience of snapping a Blockbuster VHS case shut — there’s nothing like it.

“There’s this peace when you walk in,” voice actor James Arnold Taylor says in the documentary about experiencing a Blockbuster store, “and you go, ‘The world is mine. I can accomplish anything right now. Everything is at my fingertips.'”

But after watching the film, the question lingers — what if someone wanted to open a store? The goal of replicating the success of “the last” store does not seem out of reach.

Imagine striking up a relationship with an attractive suitor, cherished by friends and family, at the peak of their most-trying struggle, hoping to lend the experience and influence their situation demands, only to go through nearly 600 break-ups in the ensuing years. Would you want to give that love another shot?

Dish Network does not. As such, it no longer franchises Blockbuster Video stores.

By 2017, only 12 stores remained. That dwindled to four a year later, three of which were in Alaska. Those three were then closed in 2019.

“My hat’s off to them, man,” Smith says of the last store. “Like, there must be a story behind it; there must be a reason, a perfectly rational explanation for why they’re holding out hope. We all live in the same plane of existence. But they live clearly in a different reality than I do. And I’m not saying mine’s better. But their reality still supports the neighborhood video store, whereas my reality, that’s dead as the dodo.”

Also Read: 'She's All That' Remake Lands at Netflix

Blockbuster was first opened in Dallas in 1985 by a software engineer named David Cook. The stores, which numbered 20 within a year, used a computer-based inventory and reservation system that allowed them to replicate easier and gave them a leg up on the mom-and-pop competition.

The concept then took off, and the explosive growth reached a point at which a new Blockbuster was opening, on average, every 17 hours. By 1988, there were 800 stores, according to Business Insider. Expanding globally, the chain reached 2,800 locations in 1992. By 1999, when Viacom took Blockbuster public, there were 6,000.

Visiting a Blockbuster Video store had become an intrinsic experience the world over for movie lovers and non-movie lovers alike. It was a familial experience that “became a bit like a treasure hunt,” actor and comedian Ron Funches says in the documentary.

The memories of those visits, the sights, sounds and smells common to every store, from the canvas of blue and yellow to the popcorn to the dust and plastic lining the shelves, help keep the Bend store busy today.

“My feeling on the video store is, it may find second life the way the record store did,” Smith says. “Because so many of us grew up having this wonderful experience of warm memories walking through the door, hunting for that latest release, bringing it up to the counter, chit-chatting, them giving you something back — ‘You gotta have this back in a couple of days.’ There’ll always be someone out there wanting to keep that alive, keep the fires of that wonderful, nostalgic, sentimental memory light burning.”

A man interviewed for the documentary says he drove 15 hours from San Diego to visit the Oregon store. Another man who traveled from Utah admires the inside of it with a childlike glow.

“It’s so beautiful,” he says. “I’m like a kid in a candy store right now. It’s great. And there’s actual candy here, too.”

Funches, whose credits include “Trolls,” “6 Underground” and “Bob’s Burgers,” opines that the experience remains ideal for a date.

“I think those are classic dates, too,” Funches says. “Grabbing some Chinese food, go rent a movie together. … I guess they do that now with Netflix and chill. But that seems a little dirtier ’cause it’s just like usually going straight to their house and they already got the movie ready. They probably didn’t even buy you food.”

Others lament the downfall of Blockbuster and how the progress of technology has created a better connection to entertainment and information — but not to each other.

“By not being face to face with people, left to their own devices and the kind of veil of anonymity that this affords,” Smith says, making a typing motion into his palm, “it’s a s—ier world. Let’s be honest.”

Taylor concludes: “It’s really kind of isolating. And I fall into the — we all fall into the — ease of it, that we can get everything anywhere. We can watch a movie and download it on our Apple TVs and do all of that. But I still love the fact you can go somewhere. And I think we’re making a mistake, everybody.”

Watch “The Last Blockbuster” on Netflix.