The first image from HBO’s long-awaited TV adaptation of the popular video game “The Last of Us” has been released.

The image, which was released on Sunday by “The Last of Us” video game developer Naughty Dog, shows stars Pedro Pascal and Bella Ramsey in character as Joel and Ellie, respectively.

Based on the hit PlayStation game developed by Naughty Dog, the series takes place 20 years after a fungal plague has destroyed civilization. Pascal stars as Joel, a hardened survivor hired to smuggle Ellie (Ramsey), a 14-year-old girl with an apparent immunity to the plague, away from an oppressive quarantine zone and into the care of scientists supposedly on the verge of a breakthrough. 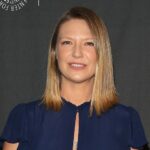 Also Read:
‘The Last of Us': Anna Torv of ‘Fringe’ Joins HBO Series Adaptation as Tess

Along with Pascal and Ramsey, the case of “The Last of Us” includes Anna Torv, Gabriel Luna, Nico Parker and Merle Dandridge.

Dandridge, who played Marlene in “The Last of Us” game, will return to portray the character in HBO’s adaptation of the video game. Marlene is the head of the Fireflies, a resistance movement struggling for freedom against an oppressive military regime.

Torv is playing Tess, who was an important supporting player in the first game and is described as “a smuggler and hardened survivor in a post-pandemic world.” Torv’s role will be that of a recurring guest star.

Luna will play Tommy, Joel’s younger brother, a former soldier who hasn’t lost his sense of idealism and hope for a better world.

Parker will appear as Sarah, the daughter of Joel. 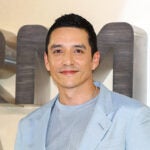 HBO’s “The Last of Us” was written by “Chernobyl” writer Craig Mazin and Neil Druckmann, the game’s creator. Russian filmmaker Kantemir Balagov, who broke out at Cannes with 2019’s “Beanpole,” will direct the pilot.

The series is a co-production with Sony Pictures Television, PlayStation Productions, Word Games, The Mighty Mint and Naughty Dog. Executive producers include Carolyn Strauss of The Mighty Mint, Naughty Dog’s Evan Wells, Asad Qizilbash and Carter Swan of PlayStation Productions and Rose Lam. Along with Balagov, Jasmila Žbanić and Ali Abbasi are also attached to direct.

See the first look at HBO’s “The Last of Us” TV series below.