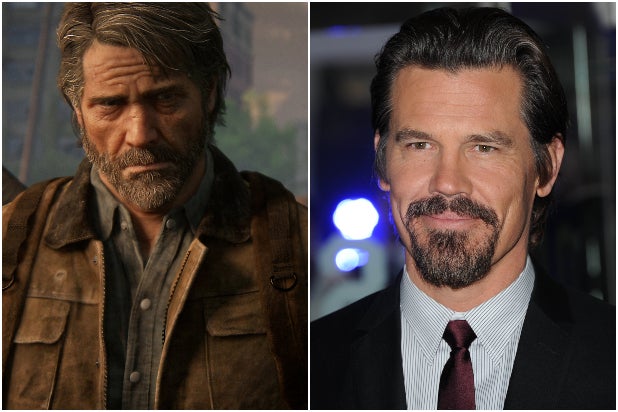 The voice actor behind the main character Joel in “The Last of Us” and its recently released sequel said Josh Brolin would be his top pick to portray Joel in the upcoming live-action television series for HBO.

Troy Baker, a voice actor in numerous video games including “The Last of Us Part II,” which came out June 19, spoke with Collider’s gaming podcast on Friday about the show. Baker said he ran into Brolin at Los Angeles International Airport and the two got to talking about upcoming projects.

“I said, ‘There is a game that’s coming out… And I was like, ‘If you ever get the call for a character named Joel, I would be honored and I think you would be enriched to play that character,'” Baker told Collider. “All I want out of Joel, I have done. I have taken Joel as far as I can take it. I did the same in part one. Same in part two. That was my job, was to move that character as far forward as I could. What I’m excited about is finding someone that can give me a completely different side of Joel, and show me how far that character can stretch.”

Brolin isn’t a stranger to this idea; fans have been pitching it to him for at least five years. In a Reddit AMA in 2015, Brolin was asked by a fan if he’d consider playing Joel in a TV adaptation of “The Last of Us.” Brolin responded with a tongue-in-cheek remark about the game being too advanced for his gaming ability: “Thank you very much. I’m stuck on ‘Robotron’ and ‘Asteroids’ and ‘Galaga.’ But that sounds interesting…”

Baker also said in prior interviews that he met Brolin in 2007 when the two were both working on Western movies — Brolin was on set for the film adaptation of Cormac McCarthy’s “No Country for Old Men.” Baker said he drew from Brolin’s portrayal of Llewelyn Moss in the film when he was voicing Joel for “The Last of Us” video games.

“The Last of Us” HBO series will be co-written and executive produced by the game’s original creator and Naughty Dog creative director Neil Druckmann and “Chernobyl” writer Craig Mazin. Naughty Dog president Evan Wells will also produce. The series is the first from PlayStation Productions and will be created with Sony Pictures Television. The show will be scored by Gustavo Santaolalla, the original composer of the scores for both “Last of Us” video games.