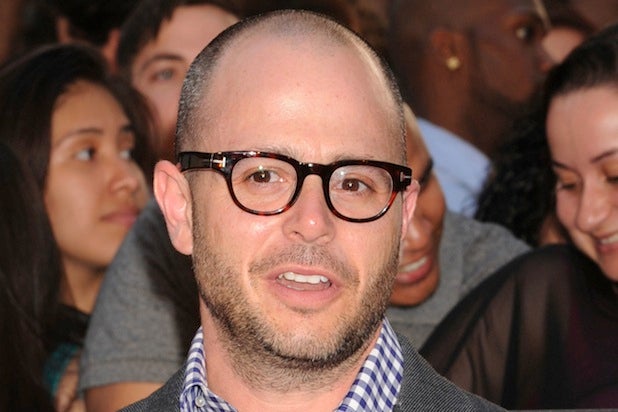 Damon Lindelof, for one, is not a fan of the trend for binge-watching TV.

In a letter to press to accompany the first seven episodes of HBO’s “The Leftovers,” the writer and showrunner urged critics not to consume it all in one go.

“Bingeing is bad,” he said. “I am old school. And not just because I agree with Joss Whedon about everything. Never before in the history of the English language has ‘binge’ been associated with something healthy or productive. Just because there is an entire can of Pringles in front of you does not mean you should eat them all in one sitting. Every time I have done this, I feel sad and guilty, and then mad at The Pringles Corporation. Which is probably not even a thing.”

Lindelof went on to urge those viewing the episodes early to not spoil surprising plot points, though he declined to list specific “Do Not Reveal” bullet points, as is usually custom.

“I’ve never sent out this many episodes in advance and I feel scared and I am trying to mitigate that fear by controlling things, but the way I’m controlling them is by trying to convince you that I’m OK with not controlling them,” he said. “I also ate an entire can of Pringles last night while watching the entire first season of [Amazon comedy] ‘Fleabag’ until three in the morning, so y’know, hypocrite.”

“The Leftovers,” starring Justin Theroux and Carrie Coon, returns Sunday, April 16 at 9 p.m. ET on HBO, with the first of eight final episodes.