Manuel Garcia-Rulfo is taking on a complex case in the first trailer for Netflix’s “The Lincoln Lawyer.”

The TV series adaptation of the books by superstar crime fiction author Michael Connelly follow Garcia-Rulfo as lawyer Mickey Haller, who runs his practice out of a vintage Lincoln Town Car (hence the title).

In the trailer, which you can watch above, Garcia-Rulfo’s Haller has inherited the practice of another hot shot Los Angeles lawyer, including a high profile murder case. While it seems as though his career is only growing, his relationship with his family is getting rocky.

And, of course, it wouldn’t be a legal drama without some mysterious happenings along the way, which usually end up with someone dead. 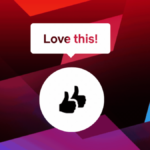 The logline for the series reads:

Mickey Haller, an iconoclastic idealist, runs his law practice out of the back seat of his Lincoln Town Car, as he takes on cases big and small across the expansive city of Los Angeles. Based on the series of bestselling novels by renowned author Michael Connelly, the first season is based on the second book in The Lincoln Lawyer series, The Brass Verdict.

“The Lincoln Lawyer” is created for Netflix by David E. Kelley, who serves as executive producer alongside showrunner Ted Humphrey, Connelly himself and Ross Fineman. Barry Jossen and Tana Jamieson are producers. A+E Studios is the studio behind the show.

The 10-episode first season of the series launches on Netflix May 13.